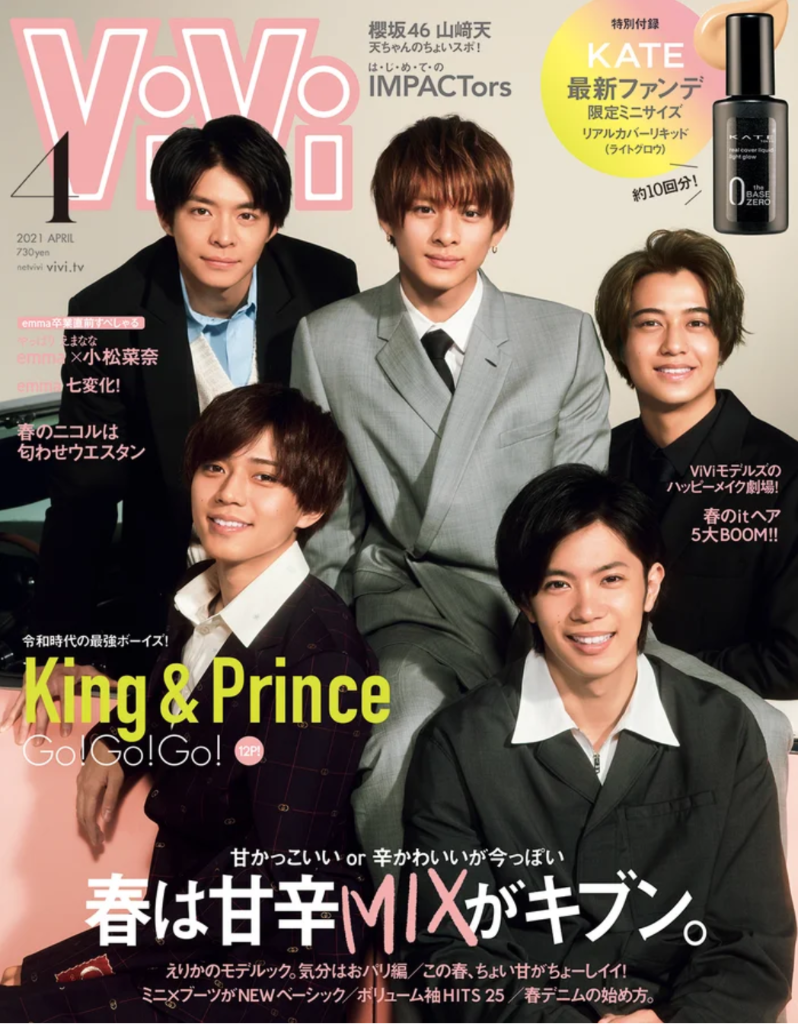 King & Prince will be appearing on the latest cover for the popular fashion magazine ViVi. This is the very first time the entire group will appear on the cover together, previously members Sho Hirano and Ren Nagase appeared solo.

Described as one of the top idols of the Reiwa era, the photoshoot promises to showcase both the cool and cute sides of the members. The editorial team from ViVi created a special “Reiwa quiz” for the boys to answer. The 12-page feature will also include off-shot photos taken by the members themselves.

Yuta Jinguji commented that the strength of idols in the Reiwa era is due to “friendship”, with the other members commenting that their unity as a group further comes from being peaceful and having a strong sense of responsibility.