UPDATE: After this article was published, user taiyou-kan kindly pointed out that the news originated from less-than trustworthy source and is yet to be confirmed by people responsible for the Fullmetal franchise. Read the update at the bottom of the article for further details.

It is rumored that Hiromu Arakawa’s Fullmetal Alchemist  is joining the ranks of live-adapted manga series. Daily Cyzo, a Japanese entertainment publication, reported that a live-action film adaptation of the action-fantasy manga is currently in development for a 2017 release; The filming is scheduled to run from June to August of 2016 in Italy. Fumihiko Sori (Ping Pong, Ashita no Joe) will direct the movie. Information about the movie’s cast are also out, read on below!

The rumor suggested that the live-action film will star:

Twitter user Kotone (@SH_APTX) kindly put together a visual reference that lines up the actor/actresses with their respective character: 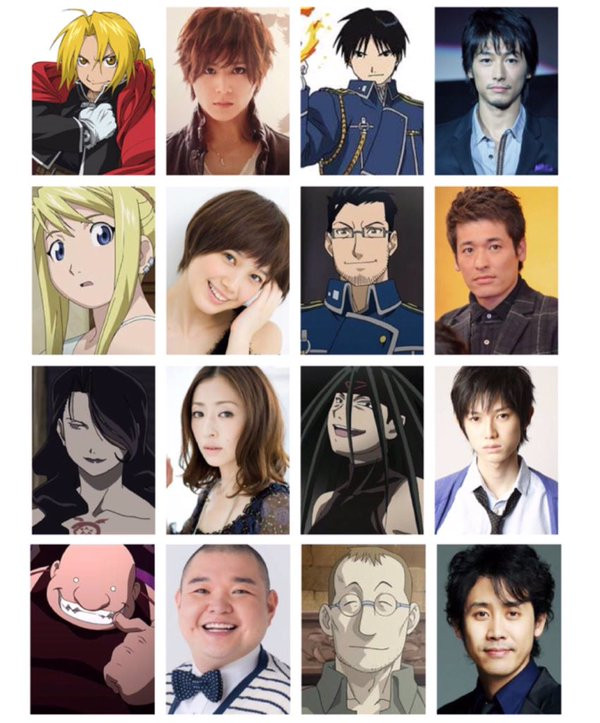 Fullmetal Alchemist tells the story of the Edward and Alphonse Elric, a pair of alchemist who traveled the world in search of  a philosopher’s stone to restore their bodies after a failed attempt to bring their mother back to life using alchemy. The original manga ran from 2001 to 2010 in Monthly Shonen Gangan. What do you think about the rumored casting choices Arama! readers? Do you have anyone else in mind?

Driven by the skepticism arising in Twittersphere regarding the news, Buzzfeed Japan inquired Square Enix’s Monthly Shonen Gangan to confirm the alleged development of Fullmetal Alchemist‘s live action adaptation and casting. Shonen Gangan refused to comment, saying that the information is something that it cannot disclose. Therefore, it’s probably wise to consider the above piece as rumor and take it with a pinch of salt. We apologize for the inconvenience, and we’ll try to keep up with the latest development.