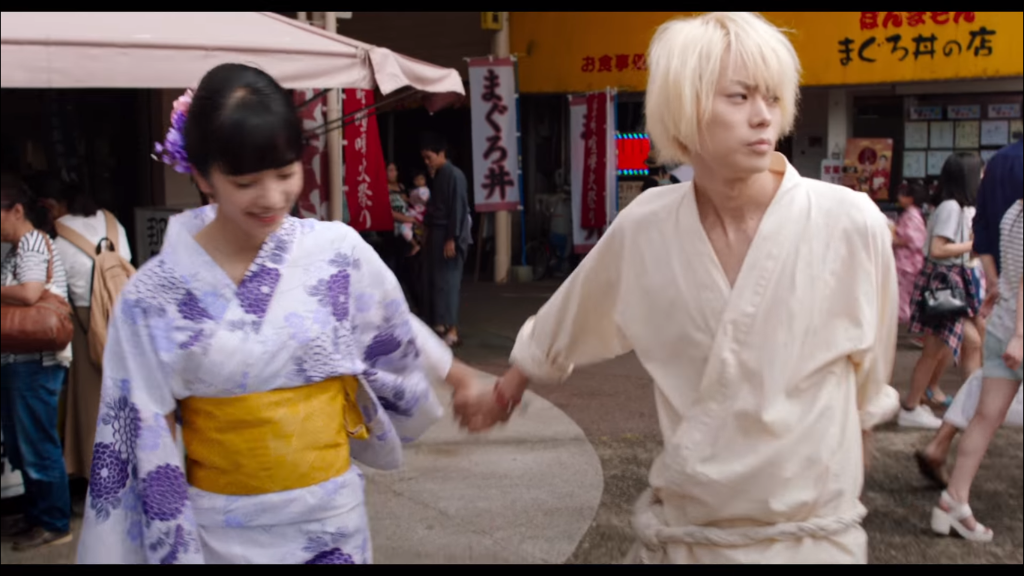 The teaser for the movie, Oboreru Knife has been shown few weeks ago. This time, check out the full trailer here:

The story follows Natsume Mochizuki (Komatsu Nana), a student who works as a teen model in Tokyo. However, she moved to Ukigomo which is her father’s hometown. While she was adjusting with the life that is totally different to the city, she met Koichiro Hasegawa (Suda Masaki). He comes from a wealthy family and is well-known in the area. As they get attracted to each other, their fate will be changed due to a certain incident.

This movie is based on the manga of the same title  by George Asakura. It has been published in the shoujo manga magazine, Bessatsu Friend from October 2004 to December 2013. The movie will be released on November 5, 2016.