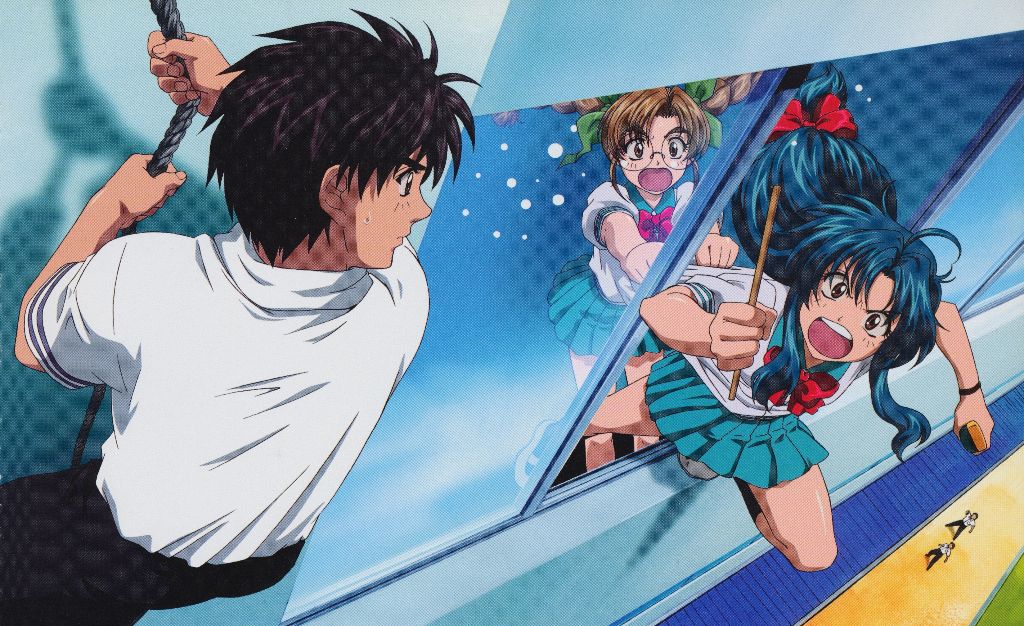 Longtime anime fans might remember Full Metal Panic! a two (plus one spin-off) season romance/mecha TV anime running from 2002 to 2005 about a high school girl and her similarly-aged military bodyguard. Fans of the series might want to brace themselves, because publisher Fujimi Shobo teases an “important announcement” for the series for the Full Metal Panic! Special Stage session of Fantasia Bunko Daikanshasai 2016 (Fantasia Bunko Big Thanksgiving 2016) via the event’s schedule on their official website. The thanksgiving event for Fujimi Shobo’s Fantasia Bunko imprint will be held on October 22.

Also listed to appear in the event by the schedule: the series’ cast—voice actor Tomokazu Seki (Sōsuke Sagara), voice actress Satsuki Yukino (Kaname Chidori), and voice actress Yukana (Teletha “Tessa” Testarossa); producer Atsushi Itou; and the author of the original light novel, Shoji Gatoh. What’s more, the website specifically mentioned that the event is a “must see” for fans of the series.

It is still unclear whether or not the announcement will be about a new TV anime for the series that was revealed to be in the planning stages in the same event last year. The first season of Full Metal Panic!’s TV anime (by studio Gonzo) ran on the first half of 2002, and its second season (by Kyoto Animation) ran the latter half of 2005. Both was well-received by audiences at the times of their release and continued to receive lauded from new viewers throughout the year. Both seasons combined covers the first 5 volumes of the source light novel, leaving 6 volumes left unadapted.

A quick description of the story for those who are unfamiliar with it: Sousuke Sagara is a member of Mithril, a private anti-terrorism military organization. Full Metal Panic! revolves around his assignment to protect Kaname Chidori, a spirited Japanese high school girl who is being targeted by terrorist for some reason. In order to fulfill his duties, Sousuke moved to Japan and enrolled in Chidori’s school as her classmate. A lot of thing ensues as the socially-challenged military agent went on his daily life whilst protecting his target-turned-romantic-interest.

Did any you catch the original TV anime 10 years ago, Arama! readers? If so, leave your reaction to the news below!