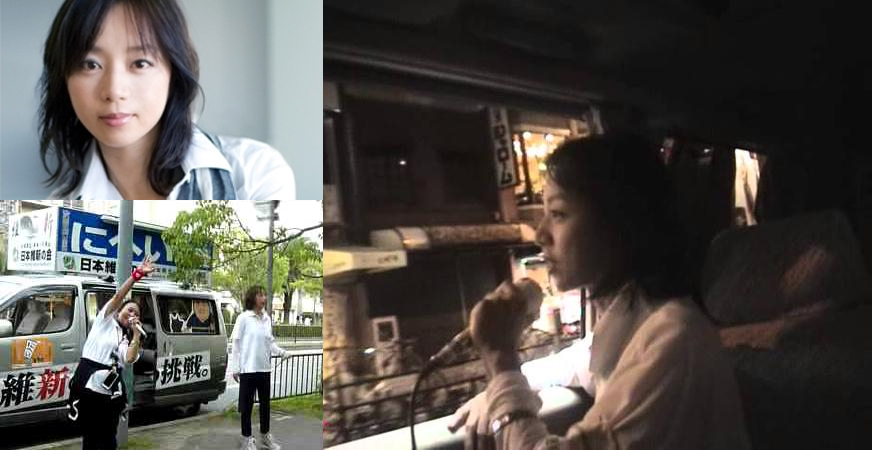 Former GARNET CROW keyboardist and lyricist AZUKI Nana was spotted February 13th acting as a spokeswoman for a far-right extremist party in Osaka. Having written lyrics for groups and artists such as DEEN, MEG, FIELD OF VIEW and WAG in a music career spanning more than a decade, AZUKI Nana is now pursuing a political career under her real name, Rie Iwai.

Iwai is affiliated with Zaitokukai (Association of Citizens against the Special Privileges of the Zainichi), whose platform combines vehement nationalism, neoliberal economics and a radical overhaul of the political system. Although the primary focus of the group is generally against minorities, such as legally residing Chinese and Zainichi Korean citizens, counter-protesters at today’s demonstration attested that “not just ethnic minorities, they’re also going around slandering gays and lesbians.“

At a political panel discussion, Iwai also revealed that she is now married and a mother of two children, the oldest of which she gave birth to during her time as a member of GARNET CROW, although no public announcement was ever made regarding the subject.

Following the event, members of recently established Japanese anti-fascist group C.R.A.C (Counter-Racist Action Collective) spread the information regarding her activities on Twitter. A set of images of Iwai campaign hate campaign tour began circulating with captions such as, “This car is familiar enough to the counters in Kansai” and “Ah, this is the truck that’s always leading the hate speech demonstrations.“

Videos of Iwai were previously posted online exhibiting her activities spewing hate speech, but have since been set to private.

For a large number of citizens, groups like Iwai’s are the face of racism in modern-day Japan, so a former member of a popular band like GARNET CROW openly supporting and participating in such events makes many of the group’s former fans feel uncomfortable.