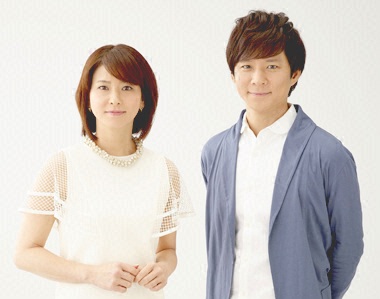 Fuji TV has officially announced the first FNS Uta no Haru Matsuri which will be aired on March 28, 2016 from 07:00 PM ~ 11:24PM in Japanese Standard Time. As part of the program, Ryota Fujimaki has made a surprise appearance in a high school graduation (where the UN JASH comedian Ken Watabe has graduated) performing the famous song of Remioromen, “March 9”. He performed this March 11.

From the program’s homepage, there was a survey entitled, “School where you want to have an artist to appear in your graduation ceremony”. There were more than 6000 schools in the choices and Watabe’s school was chosen in line of its 50th anniversary. Together with Watabe’s partner, Kazuya Kojima, they had visited the school with Fujimaki as the artist who have made an appearance. Students sang along with the Remioromen’s song, “March 9” in chorus as well.

In the program, they will also feature the top 10 classics of spring. Survey questionnaires were distributed to 2000 people from teens to 70 year-old adults. Along with the top 10, there will be a VTR of the chosen songs who ranked in the first 100.

Artists will perform in the said program. There will be performances of songs of spring from these artists as well. The MCs will be Chisato Moritaka and Ken Watabe. There will be 50 artists in total:

More to be announced soon!