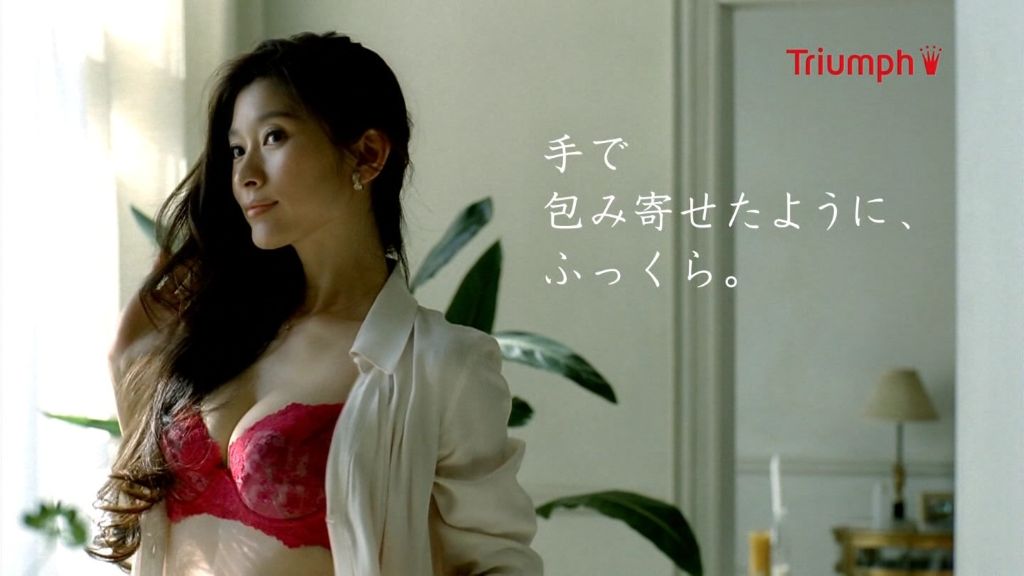 It was recently reported that popular actress Shinohara Ryoko will star in a new CM. This CM is for the lingerie and underwear manufacturer, Triumph, under their ‘Angel bra, first-rate cleavage’ series. The new CM which is titled ‘shooting break’, will air nationwide in Japan starting September 3rd. However the CM will be viewable on the company’s website prior to its TV debut.

This CM follows Ryoko as she’s seen taking a break from the shooting of a drama. As she enters the dressing room, she takes delight in having some sweets until she stops infront of a mirror to admire her breasts in her amazing Triumph bra. She gives off a satisfied smile that’s sure to leave the viewer feeling refreshed as well. The CM is meant to show the gap between Ryoko’s cool look during ‘work mode’ and her soft, refreshed expression during ‘rest mode’.

Shinohara Ryoko commented that she too has admired her own breasts in the mirror during shooting.

If you want to check out the CM and making off, click the jump!