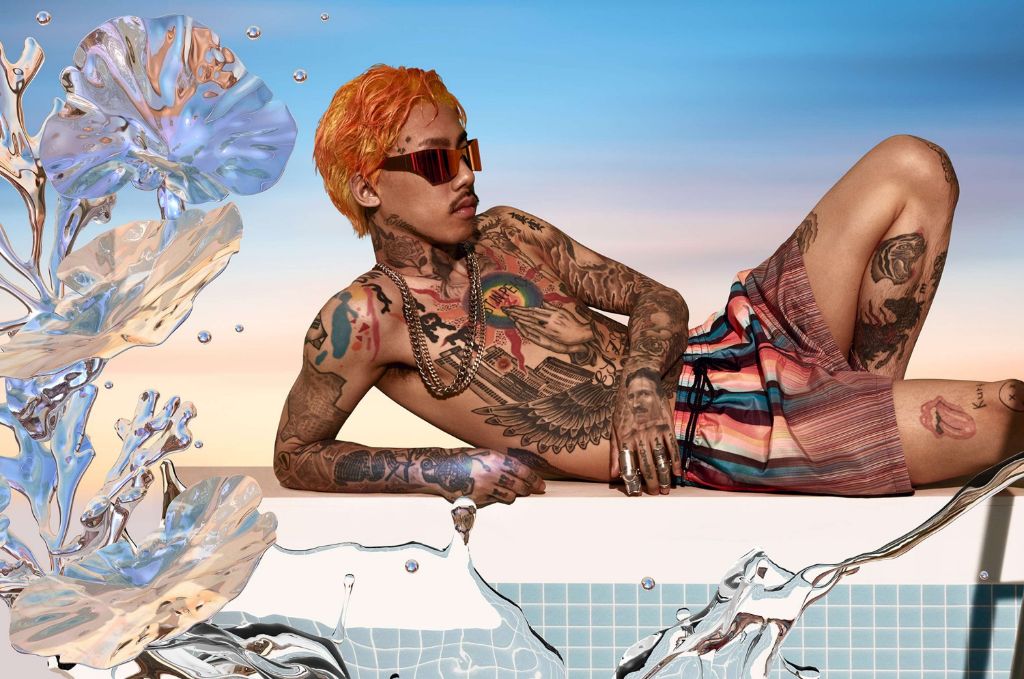 British department store Selfridges recently launched a new campaign called “The New Order.” About the campaign, Selfridges states, “As the digital revolution continues to transform everything from politics to pop music, we have invited some of the world’s most boundary-breaking digital creatives to reimagine what shopping, style and the department store might look like in the not-so-distant future.”

Jon Emmony is one of these digital creatives. He has tapped KOHH and American model Amanda Murphy to star in his segment of the campaign, Swimwear Summer 2019. The campaign can be seen in many different places, including the windows of Selfridges’ flagship store in London, as KOHH’s recent Instagram posts display. Check them out, along with the campaign, below!