Hot on the heels of Vogue Japan releasing their list for 2016’s “Women of the Year” is GQ Japan and their picks for “Men of the Year“. Under the theme of “Seize the Day- Set the Pace“, GQ Japan chose the men that they felt did just that. In doing so the men’s magazine says that the recipients of this title have ushered in a new age of style. The list of those who’ve shined in 2016 is below. 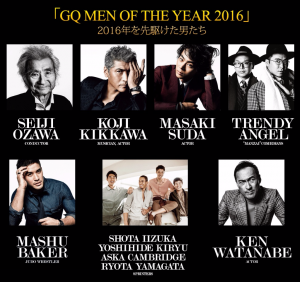