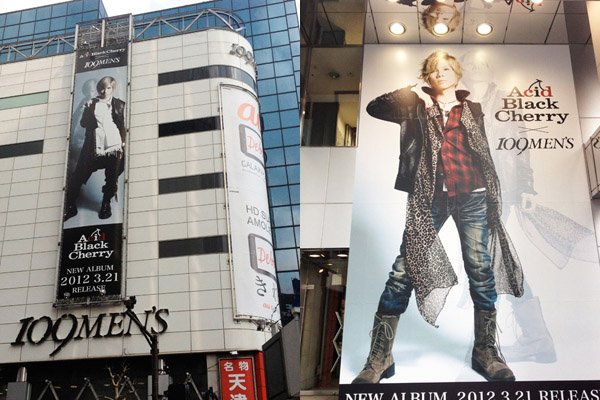 It has been decided that Acid Black Cherry will further develop his collaboration campaign with men’s fashion line 109MEN’s.

This will be the second time the singer and the brand have come together since they started collaborating in February 2012. The clothes have been well received and sold out immediately when ABC singer yasu wore them in the advertisements. His impact in men’s fashion has proven to be strong, recently ranking number one on the fashion popularity list in male fashion magazine “MEN’S KNUCKLE” among male readers.

This will only be available from November 1 to 21 at the 109MEN’S store in Shibuya as well as the shops in Sapporo, Shizuoka, and Tenjin.

In addition, Acid Black Cherry will release his 4th album “l-Eru-” in 2015. A trailer video has been published to his official YouTube Channel and is available below.