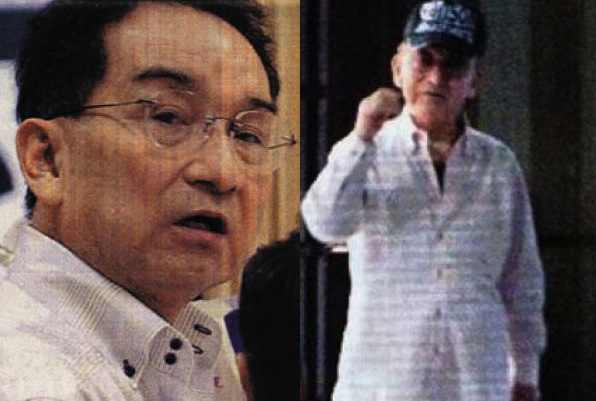 On October 23, Johnny Kitagawa celebrated his 83rd birthday. Throughout the day, fans sents words of gratitude to President Johnny, the one who birthed Johnny’s. One after the other, messages giving blessings such as “Happy birthday Johnny-san!” and “Please live long!” also came in. Amidst this, a lot of Johnny’s talents were spotted in Shibuya, causing fans to wonder “Was that Johnny-san’s birthday party?”

At around 10pm on the 23rd, Twitter users who appeared to be Johnny’s fans Tweeted about the multiple suit-clad Johnny’s talents who came out of a restaurant in Shibuya. The ones who were seen on the spot included Tacky and Tsubasa’s Takizawa Hideaki, V6’s Inohara Yoshihiko, Kanjani 8’s Yokoyama Yuu, Hey! Say! JUMP’s Kota Yabu, Kis-My-Ft2’s Kitayama Hiromitsu, Sexy Zone’s Nakajima Kento, and members of A.B.C-Z, with all of their elegant faces in a row. Also, another man reported on Twitter that he saw Kis-My-Ft2, Kanjani 8 and Yamashita Tomohisa at karaoke. (Johnny’s expert reporter)

According to the tweets of the aformentioned fans, Ikuta Toma, Snow Man of Johnny’s Junior and Nakayama Yuma were also seen. Responses to the Tweets reporting the details came in a flash, with fans envious of President Johnny being surrounded by ikemen. The tweets said things such as “I want to go to Johnny-san’s birthday party,” “It’s too elegant,” and “I’m so jealous.” Other opinions flew in such as “I guess Tacky is the sponsor,” “It’s surprising that Inocchi is there,” and “It’s a gathering of the ones he likes.”

There was also an eyewitness report that at about 10:30pm a limousine stopped along Shibuya’s 246, with a suit-wearing Nakayama standing beside it. Since the participating members were wearing suits, President Johnny’s birthday party must have been a big event held by the Johnny’s agency. Also, it was revealed by Ninomiya Kazunari that there was an episode in which President Johnny called him saying “Why didn’t you call me? It’s my birthday.” To President Johnny, who gets lonely easily, this year’s birthday was indeed a happy night.

What kind of conversations were had between Johnny-san and the talents during that day’s banquet? We will definitely be waiting on reports from the members who participated on that day.