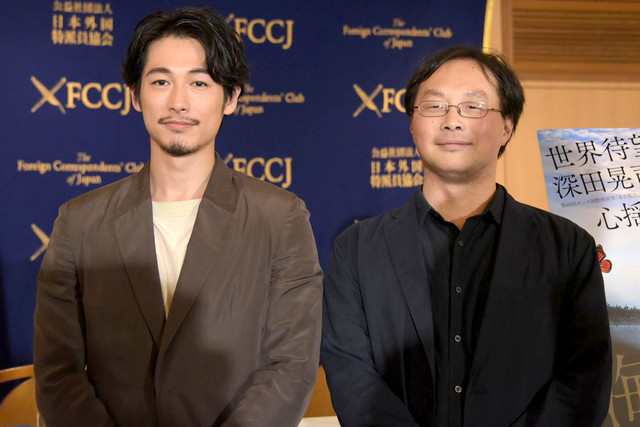 Actor and singer Dean Fujioka attended a press conference in support of his brand new film “The Man from the Sea” (Umi Wo Kakeru).

The film takes place in Indonesia, at a fictional town that is under chaos due to both war and a tsunami. One day a mysterious man (Dean Fujioka) is found near the sea coast by a woman named Atsuko (Mayu Tsuruta) and her son Takashi (Taiga).

Atsuko and her son are both working in disaster recovery, so they assume the mysterious man is a victim of war or the tsunami, possibly both. He speaks poor Japanese and Indonesian, and doesn’t really have a recollection of what happened. No one can identify him either.

The mother and son duo take him into their care, and decide to name him “Rau” which means sea in Indonesian.

Soon, it’s revealed that Rau has some sort of magical power has he continuously performs “miracles”.

The entire movie was filmed in Indonesia at Banda Aceh, “The Man from the Sea” will be released to Japanese theaters on May 26th, 2018.

Koji Fukada did double duty writing and directing the film.

Fujioka commented that the film has a very “mysterious” tone overall. He absolutely loved having the opportunity to film a movie in Indonesia, and hopes people from both countries really enjoy it.