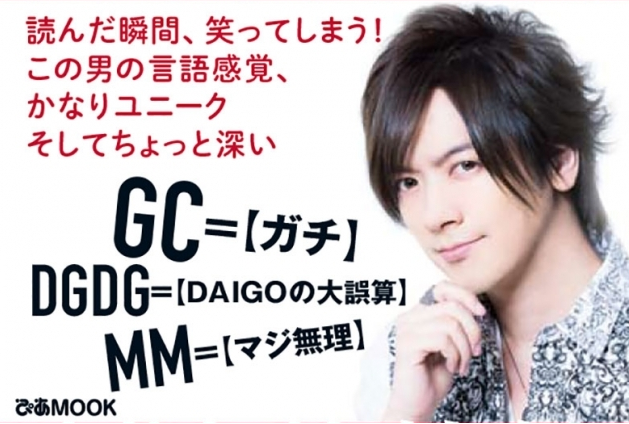 BREAKERZ’s DAIGO, known for using acronyms “DAI語 / DAIGO”, on variety shows and press conferences, will be releasing a dictionary book. The Dictionary of DAIGO which contains 100 selected DAI語 / DAIGO will be released on August 19.

The book will also contain brief commentaries on how he came up with the acronyms, under what circumstances and with what kinds of feelings. Readers can look forward to laughing and enjoying word play while reading the collection.

Previously, actress Kitagawa Keiko imitated DAIGO’s use of abreviations when asked about her relationship with the singer, by hinting she is “IH. I’m Happy.”

DAIGO was also chosen as the charity marathon runner for this year’s ’24-Hour Television’ on NTV. When he was previously asked if he has agreed to run, DAIGO replied, “HM. Hashiri (H) masu (M).” (I will run).

Check out some more of DAIGO’s acronyms below. 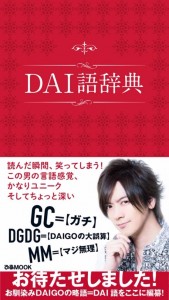