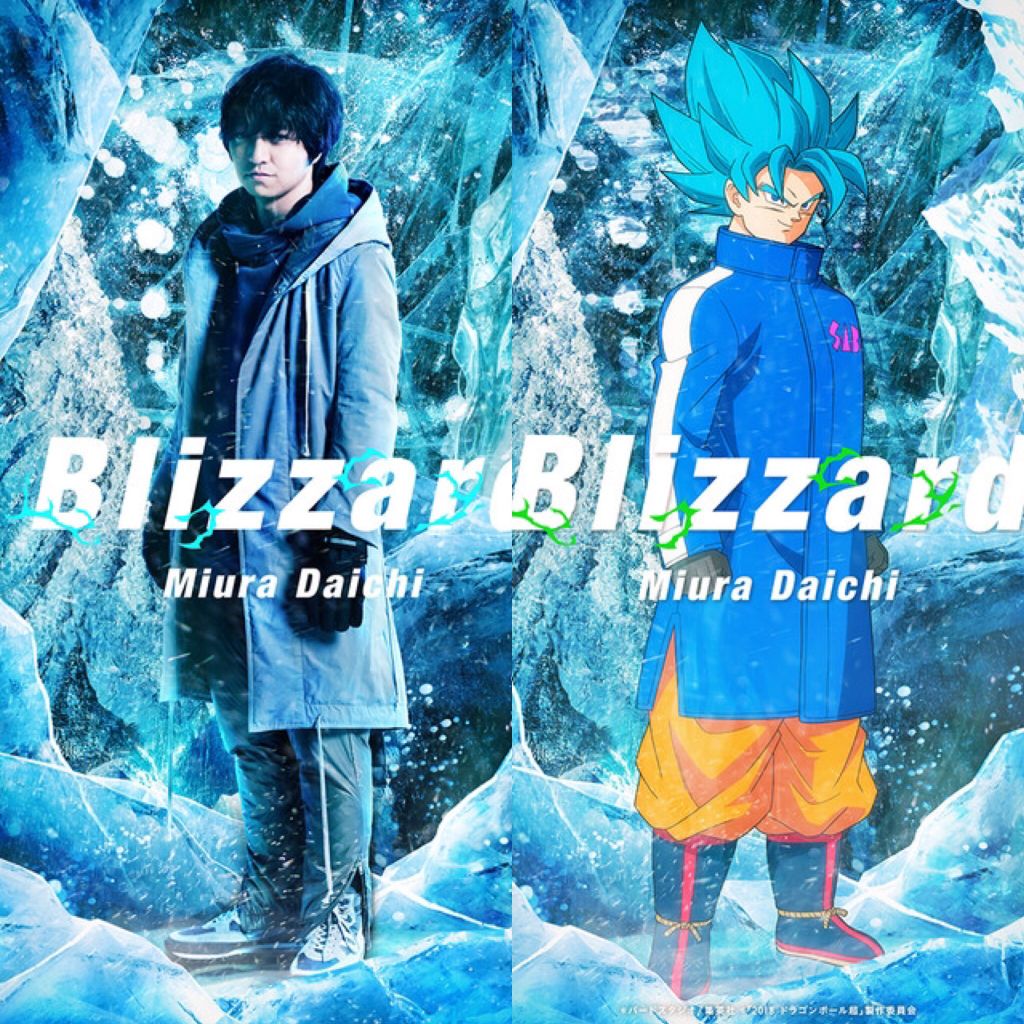 Daichi Miura has released the animated MV for his 24th single “Blizzard“. It will be the theme for the upcoming Dragon Ball film “Dragon Ball Super: Broly“, and was uploaded today on YouTube.

Dragon Ball Super: Broly is the 20th film in the Dragon Ball series, but it’s only the third film to be personally supervised by the series’ creator Akira Toriyama.

The film takes place after the “Universe Survival Saga” depicted in Dragon Ball Super. Goku and Vegeta encounter a new powerful Saiyan called Broly, and go head to head. Since the entire Saiyan race was supposedly wiped out, they’re confused as to how he’s appeared on Earth.

The animated MV consists of an intense battle between Goku, Vegeta, and Broly on a snowy mountain. Check it out below!