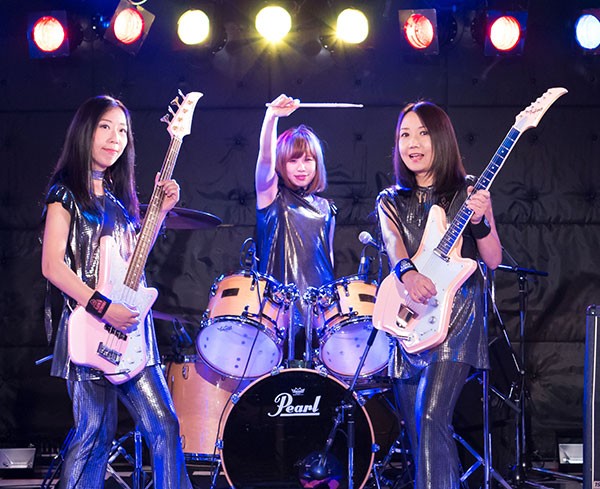 The rock and roll lifestyle is a hard one; especially when it’s time to hit the road. Some hardly last for 3 years, much less 35! Shonen Knife has been able to do so. The rock group from Osaka has been on their North American for the last month and I was able to catch them smack dab in the middle of it.

It’s not often that I find myself in a dive bar on a Tuesday night, in a crowd of a little over 100, waiting to hear a song about a “Capybara“; yet there I was.  Shonen Knife is know for mixing hard rock/ 60s girl band music with their childlike lyrics. It’s something that caught the “ears” of legendary Nirvana frontman Kurt Cobain and had him invite the girls to tour with Nirvana back in the day. Because of this (and the band’s longevity spanning three decades) there was a mixed bag in attendance. And there we all were waiting for the headliner of the night to take the stage. The bad news: Shonen Knife appeared half an hour late, because the opener was late getting to the stage. The good news: It was worth the wait. 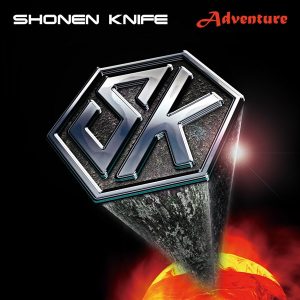 Through the bar’s front door, through the sea of people they came in high fiving and getting the crowd hyped. As soon as they made on stage the music came. Though played fan favorites like “Barbie Twist” and “Bad Luck Song“, but they weren’t just there to play the classics. This North American tour is for them to promote their new album “Adventure“; featuring songs like “Jump into the New World“, “Wasabi” and “Green Tangerine“. There wasn’t much talking between the songs. I don’t know why and frankly I didn’t mind that there wasn’t much chatter. Shonen Knife knew what we all were there for. Music. And they gave it to us. It was energetic and fun. There aren’t many people that can get a crowd dancing and singing how much they love going on a roller coaster that goes “Loop-di-loop” or give you some Power Puff Girl nostalgia in one night. But their earnest and lovable performance could (and did) melt the heart of the toughest bar patron into to joining them for one night. The set was only an hour long; short, but reasonable for a Tuesday. They gave us an encore of “Banana Chips“. Then we found out how sweet they are because the crowd begged them not to leave. They caved in and gave us an encore (the sequel) featuring “Sushi Bar“. If you had more time on your hands after, there was an autograph session where the concert swag was being sold.

As was said earlier, the rock and roll lifestyle is not easy. And for Shonen Knife (for this tour the Yamano sisters, Naoko and Atsuko, and new drummer Risa) to be doing this over 35 years and still be able to pull in an audience is something they should be proud of. It was a simple show, that was simply a good time.