This past weekend ONE OK ROCK performed at the United Kingdom’s iconic Reading Festival and Leeds Festival. European fans who didn’t get a chance to attend the events are in luck, the band have just announced 16 dates for their “Ambitions” world tour!

Last year the boys further established their international career by signing with “Fueled by Ramen“, an American record label with bands such as Panic! At the Disco, Paramore, and Twenty One Pilots under their roster. Their 2017 album “Ambitions” debuted at Number 1 on the Oricon weekly album charts, and reached the top 10 on Billboard’s Top Hard Rock Albums & Top Alternative Albums chart. Over the summer they have been playing all across North America with additional stops in Australia, Brazil, and Mexico.

The highly anticipated European leg of the tour will begin on December 1st, in Switzerland with the finale taking place on December 22nd in France. The complete schedule for all the European dates can be seen below the jump. 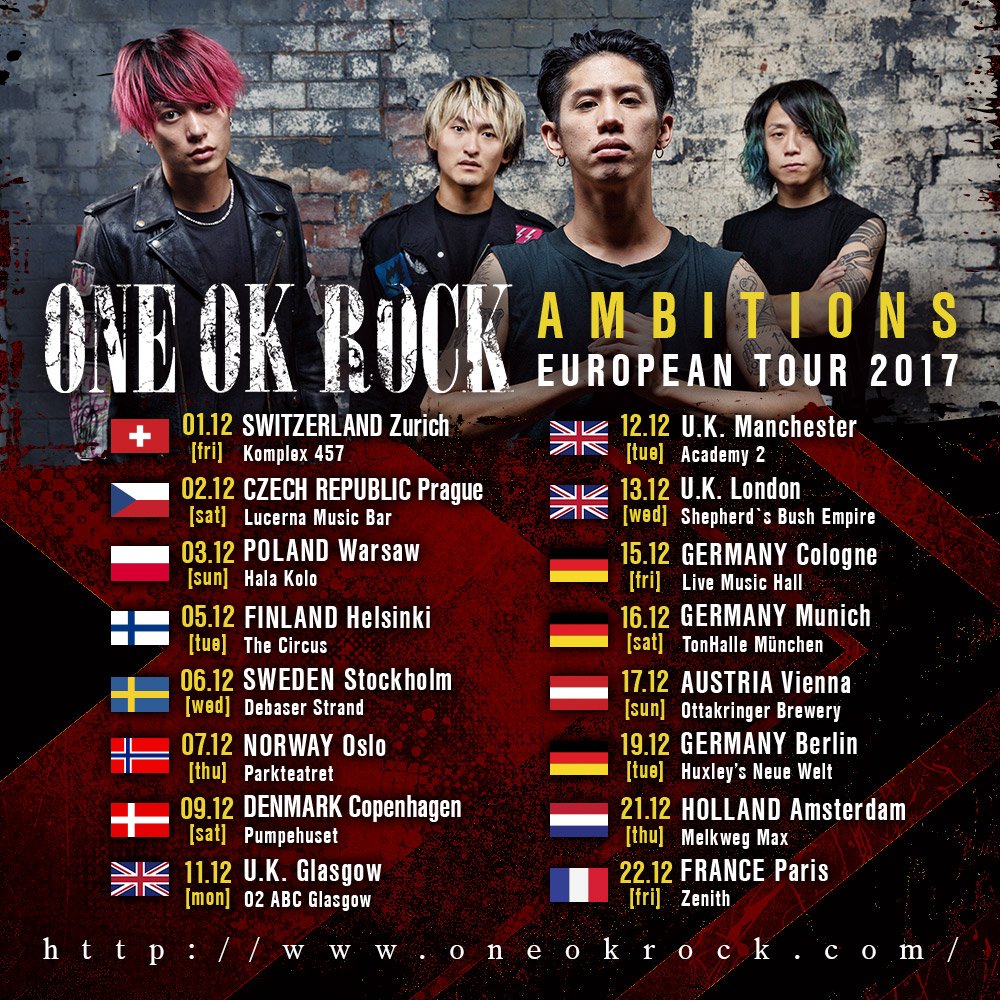 Tickets for all the European dates will go on sale September 1st.