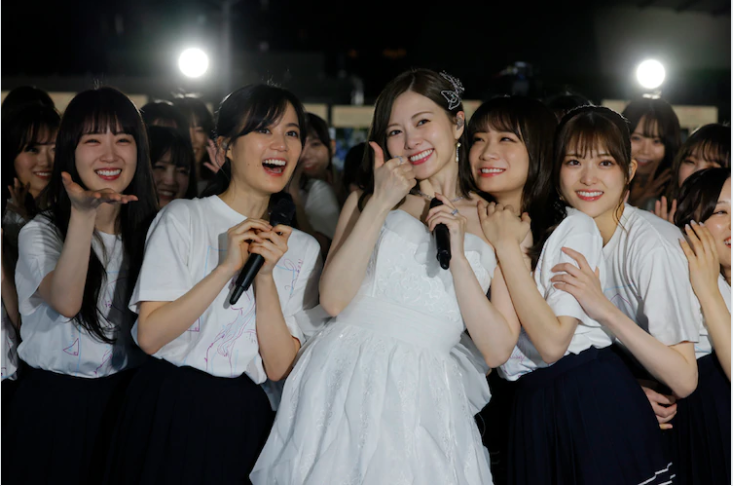 Nogizaka46 and it’s ace Mai Shiraishi has finally said goodbye, as of October 28th she is no longer of a member of the idol group after successfully completing the concert “NOGIZAKA46 Mai Shiraishi Graduation Concert ~Always beside you~”.

As a member of Nogizaka46, Shiraishi enjoyed a successful 9 years of being an idol. She debuted in June, 2011 as a first generation member of Nogizaka46 quickly becoming one of the standout members. She would go on to become one of Japan’s top idols.

Shirashi’s graduation was originally announced in January, 2020 and was planned for May, 2020 at Tokyo Dome but was canceled due to COVID-19.

During the concert Nogizaka46 performed their many chart toppers including “Synchronicity” and “Girls Rule”, the latter being the first single that Shiraishi was center position in.

During the encore Shiraishi appeared wearing a beautiful white dress where she began one of her graduation speeches. When she first joined she wasn’t confident in her singing or dancing abilities, but seeing the sea of fans cheer for her and her groupmates would always give her encouragement and live performances soon became a highlight for her. Thanking the fans for everything, she simply described herself as an ordinary person, stating that it was the fans who made her what she is today. Humble queen!

After the emotional speech Shiraishi performed “Jaane”, a solo song and b-side that appeared on Nogizaka46’s 25th single “Shiawase no Hogosyoku”. This is the very first song by the group to feature a song with lyrics written by a member, which Shiraishi penned herself.

According to natalie, just under 690,000 fans all around the world tuned in to see Shiraishi’s graduation concert!