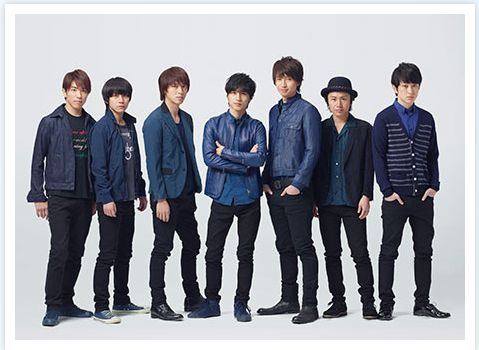 Kanjani8, the Kansai group that pulls off the crazy and hilarious like no else can in Johnnys, who dresses up as Rangers, yet sidetracks as a band from time to time, commemorated their 10th year anniversary with ‘Jussai’ (Ten Festival) at the Tokyo Ajinomoto Stadium last August 10 and 11. There was worry for the outdoor event due to typhoon. Heavy rain actually started falling from the opening but eventually cleared midway.

Despite the rain, they kick-start the ‘festival’ with ‘Naniwa Iroha Bushi’, entering the stage on floats with lanterns matching the festival theme. They also expressed their gratitude to Johnnys Jimusho- seniors to juniors- which they showed by doing a Johnnys medley! They sang to Original Smile, Seishun Amigo, and attempted Real Face. Perhaps the most buzzed about is Kanjani8’s performance of A-RA-SHI- completed by donning Arashi’s see-through debut costumes- and Kanjani8 singing a NEWS song, Weeeek! 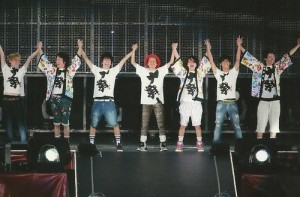 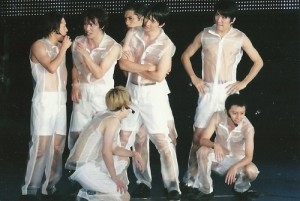 Also, as a homage to Arashi’s Arafes, Kanjani8 had their own ‘Hachi Fes’ where they announced the results of fan voting on songs.  A member commented whether this is a rip off of Arafes, to which member Yokoyama  Yu retorted that – it’s not, it’s a PARODY! Also included in the line up is a solo/ unit shuffle where they sang and danced songs of fellow members and of course, the Eight Ranger skit. They performed 39 songs in total. 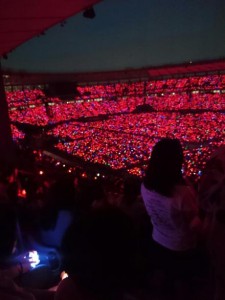 The rain that has everyone worried cleared during the first half of the event and the sky was dyed with orange as the sun sets. Fireworks were also launched as the event reaches the climax of the climax.

Each member also conveyed their gratitude to the fans for their 10 years of support, and also to fellow members. Yoko was crying so much he was not able to say anything at first.

110,000 people were mobilized during the two-day event. The event will be continued in Nagai Stadium in hometown Osaka on August 23 and 24, to celebrate with a total of 220,00 fans. Kanjani8 made their debut on August 25, 2004 by releasing a Kansai Limited CD.

*so this went like a mini write up from different sources