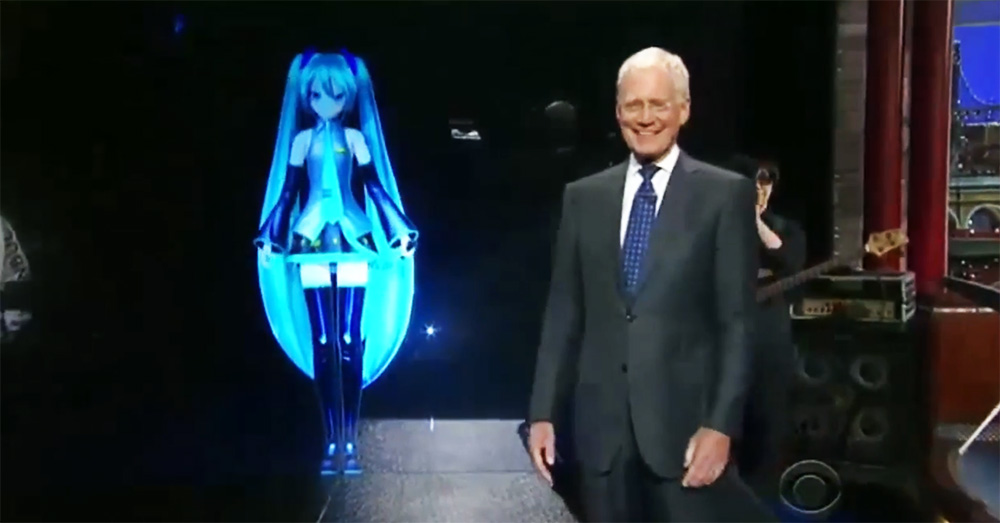 Virtual pop star Hatsune Miku made her U.S. television debut tonight with an appearance on “The Late Show with David Letterman“.

This appearance comes the night before the opening of her New York City art exhibition “Universal Positivity“, featuring works illustrations, toys, apparel and other merchandise. The exhibit will also include “live” (virtual) performances from Miku and her band.

She performed her English-language song “Sharing the World” with her live band. Dave seemed less than thrilled, commenting the performance was “like being on Willie Nelson’s Bus”﻿ (but maybe he would have been blown away by her version of “Anaconda“). The performance has been uploaded by YouTube user Teol33.

Hatsune Miku will be projected in Los Angeles at the Nokia Theatre on October 11 and 12 and in New York at the Hammerstein Ballroom on October 17 and 18.