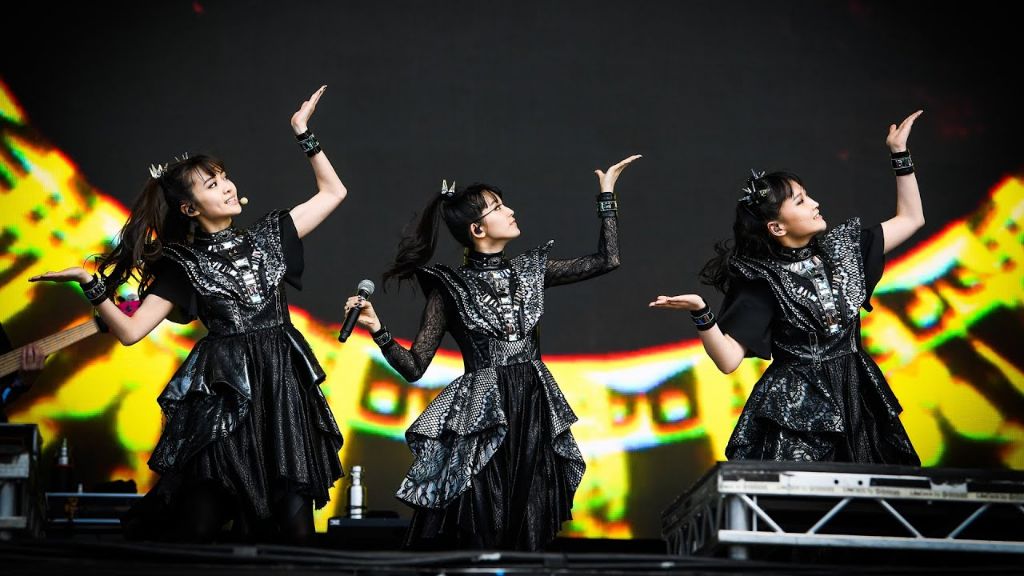 On June 28th, 2019 BABYMETAL held their first solo concert of the year in their native Japan. “BABYMETAL AWAKENS -THE SUN ALSO RISES- ” took place to a packed crowd at the Yokohama arena.

Joining the duo on stage was a very special guest, former Morning Musume member Riho Sayashi. She wasn’t officially introduced at the concert, but her identity was eventually verified by various news sites. On stage she took the spot of YUIMETAL, who withdrew from the group last year due to various health concerns.

Riho actually has a history with BABYMETAL, as she was “rivals” with SUMETAL while they were classmates at Actor’s School Hiroshima. A few days later Riho made her second appearance with the group at the famed Glastonbury Festival in England. Check out their performance of “PA PA YA!!” below:

Meanwhile, the girls announced the release of their latest studio album “METAL GALAXY”, their first album in 3 years. The album is named after a fictional place in the BABYMETAL universe, sent by the “fox god” to send the band on a darker path.

“METAL GALAXY” will be released worldwide on October 11th, 2019 and is available for pre-order now.

Would you like to see Riho Sayashi join BABYMETAL as an official member?