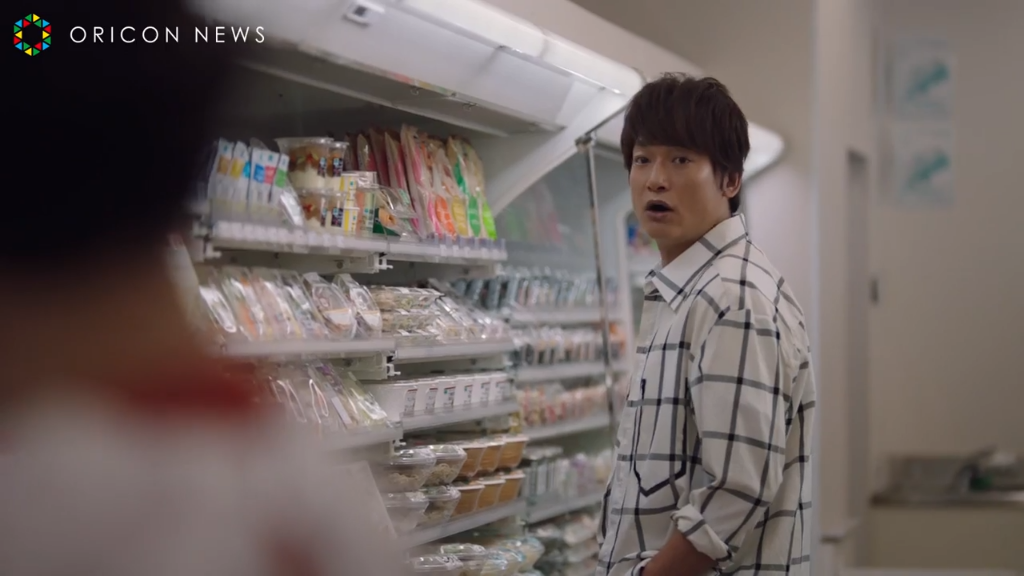 Actor Shinto Katori is the star of a brand new CM for the popular convenience store chain Family Mart.

The CM is promoting Family Mart’s series of side dishes known as “Mom’s dining room”. The food from the series is meant to bring a nostalgic feeling, replicating comfort food that tastes just as good as home cooking.

In the CM Katori is seen at his mother’s house enjoying a large variety of dishes. Complimenting her amazing cooking, Katori’s mother continues to make more dishes for him.  Unbeknownst to Katori, the food isn’t actually homemade as the camera shows her removing a family part food pack from boiling water on the stove.

The scene then switches to Katori running into his mother at Family Mart, exposing her “home cooking!” Watch the full CM below

It will begin airing nationwide in Japan starting on September 18th.

Meanwhile, Katori is gearing up for the release of his film “Nagi Machi” due out in 2019. It will be his first film appearance since 2015’s “Galaxy Turnpike”.