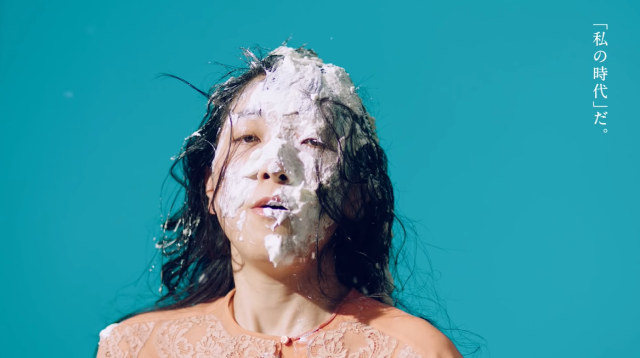 The CM starring Ando made it’s debut in Japan on December 31st, 2018. Starting with a close-up of her mouth, she tells the camera “We don’t need an age of women, do we?“

Plates of whipped cream begin to fly around her Matrix style as she continues with her confusing monologue. 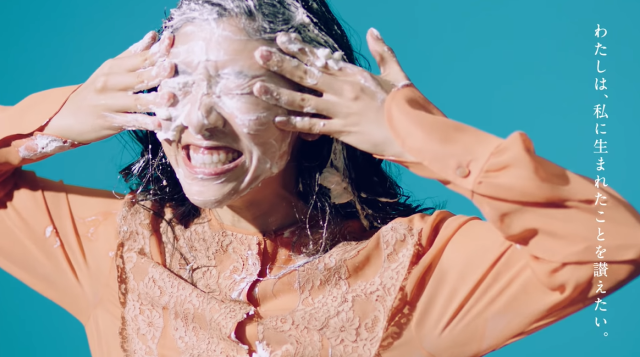 One of the Matrix plates of whipped cream finally hits Ando square in the face. The monologue then continues to talk about how things in 2019 are going to change, but this goes beyond both men and women. The upcoming era should be for ourselves, the “age of me”.

Word of mouth about the bizarre CM started to gain traction, and was filled with criticism. Viewers found that it made them quite uncomfortable, found the message of the CM to be vague, didn’t understand the use of the cream, and just found it to be confusing overall.

Reactions seemed to be split in the middle as others really liked it. Praising the use of cream as metaphors for issues that happen to us in every-day life, and having to pay attention until the very end to get the full message.

Check out the full CM below, what do you think?