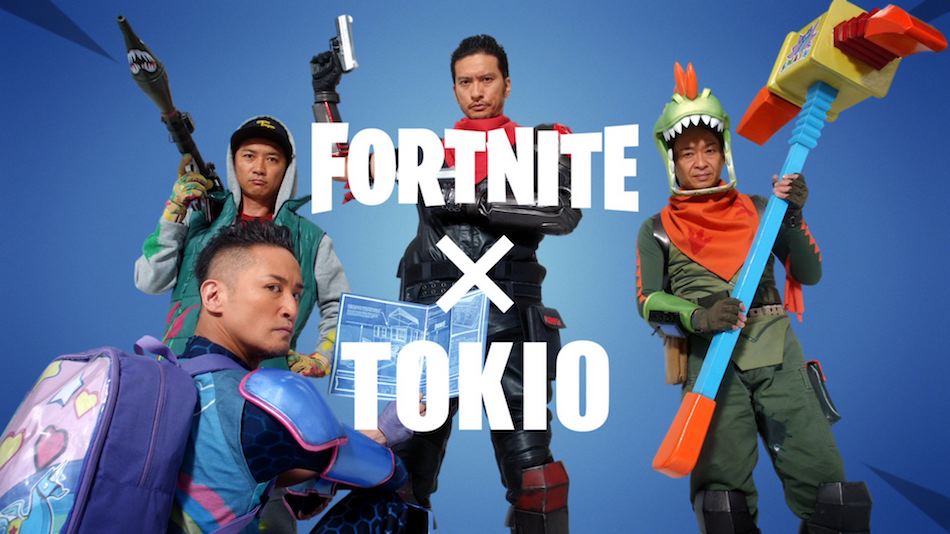 Epic Games announced that it will be carrying out a huge promotional campaign featuring TOKIO for its popular battle royal game, FORTNITE. Starting August 10, TV commercials will be airing in major cities throughout the country. In the CM, the 4 members of TOKIO who are dressed like the popular characters in the game are seen enjoying playing the game and even dancing to the FORTNITE emotes.

Check out the CMs below.