For one reason or another, “Best Jeanist Award” is annual event for promoting jeans in Japan.

The Japan Jeans Association, of which describes this award as “one of the most prestigious awards in Japan“, hold a yearly commendation ceremony to honor the celebrities—regardless of age or experience—who look the best in jeans.

This year, garnering about 26,000 votes, model-actress Nanao has been awarded the 33rd women’s “Best Jeanist 2016“. For the men’s division, winning the hearts of nearly 53,000 voters and earning him a spot in the hall of fame is Taisuke Fujigaya of Kis-My-Ft2.

This year’s voting pool consisted of 121,609 people across Japan.

Other than the people’s choice awards, there are the awards handed out by a committee of panelists. Also awarded this year were actor Masao Kusakari, model Moe Oshikiri and comedian Naomi Watanabe. 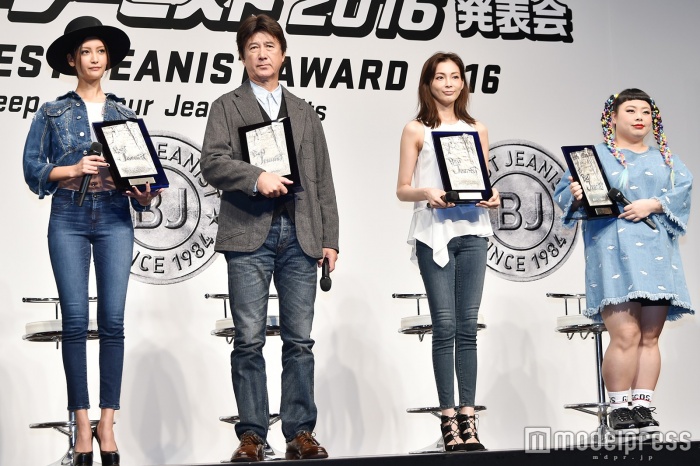 Once you’ve received the award 3 times, you’re inducted into the hall of fame and retired from the award. As a new inductee into the hall of fame, Fujigaya joins the likes of Takuya Kimura, Tsuyoshi Kusanagi, Masaki Aiba, Ayumi Hamasaki, Kumi Koda and Kazuya Kamenashi, just to name a few.

Does your fave wear jeans well?