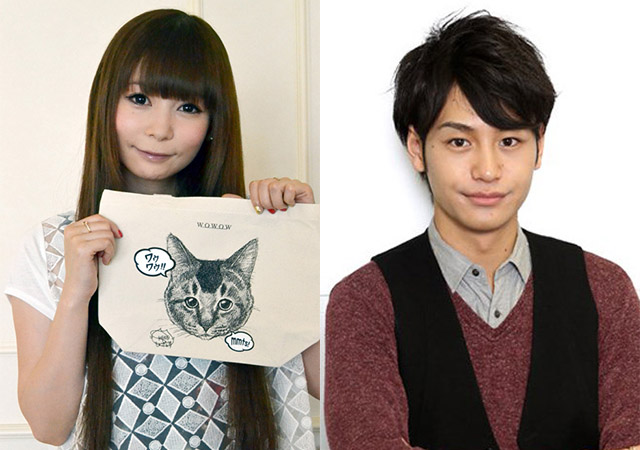 As the final part to our celebrity relationship list of 2014, we’re going to look at the ones who just did not go well. Yes, the disastrous relationship of 2014. These includes divorces, cheating and affairs as well as break-ups. It’s interesting to see who didn’t last this year and who wasn’t faithful. For example Toono Nagiko just bested Kim Kardashian by divorcing her husband 55 days after they got married. Likewise, what a shocker for comedian and talent, Hamada Britney for her fiance to come out to her.

Check out which relationships didn’t make it through 2014 below! 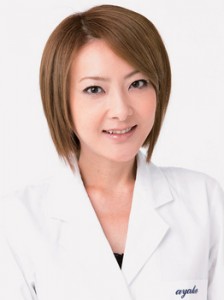 Her husband was the executive staff of a social security company. The news of their mutuality agreed divorce was sent to her company on January 11th. They got married in February 2010. According to Horipro, the ex-couple started to discuss their divorce for around a year. In November 2013, they started living separately. They were in a rocky relationship from the start, there was no cheating, but Nishikawa was the one that suggested living separately and divorcing. Nishikawa commented, “We married because we loved each other, but I have the personality of always ending up walking 3 steps forward, I couldn’t become a charming wife”.

Fukawa Toshikazu and Tsuchiya Kaori divorced after a long marriage 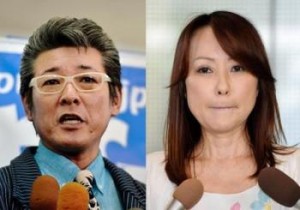 The ex-couple married in 1991 and have 1 son and 2 daughters. Their oldest son and daughter are already adults, but the youngest daughter is still 13. Tsuchiya has custody of her. They announced their divorce at separate press conferences on June 23rd.
A weekly magazine reported that Tsuchiya cheated with the shopkeeper of a restaurant. Tsuchiya denied that the cheating was the cause of their divorce. She told reporters that she had been living separately from her husband for around 1 1/2 years and that their love for each other had dwindled. 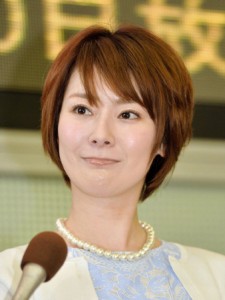 Their marriage was very short, it only lasted 55 days. Toono set a new record for herself, as her previous marriage in 2009 lasted 72 days.Her 1st husband was also a non-celebrity. On June 30th, Toono reported on her blog that she divorced from her husband on the 28th. Her ex-husband was 5 years older than her and managed a bar. The ex-couple did not live together after marrying.
Toono explained the reason for the divorce, “Regardless of this being my 2nd marriage… I didn’t learn from my experiences, and I myself ended up feeling the burden of being tied to the role of a ‘wife’ more and more”. 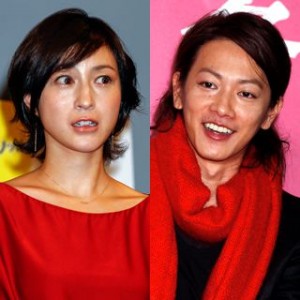 Josei Seven caught a huge scoop in February and reported that Hirosue was cheating on her husband with Sato. They were seen on a date on January 27th, at a lava stone spa and shared a room for couples. Hirosue has been married to Candle June since 2010. This is her 2nd marriage. She has 1 son from her previous marriage to Okazawa Takahiro. Her 2nd son was born in 2011, during her marriage with Candle June. Hirosue’s agency did not comment on the matter, and Sato’s agency said that she was simply a superior he respected. 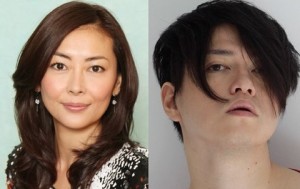 Nakayama is married to Tsuji Hitonari. They have had their attention on them recently because of divorce discussions. On June 5th, Josei Seven reported that Nakayama and Shibuya had a “sleepover date”. The two were spotted shopping together in Omotesando and went to Shibuya’s house by taxi afterwards. 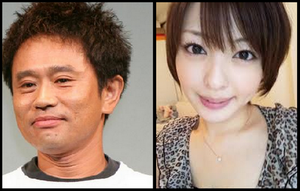 On June 12th, FRIDAY reported that the two were having an affair. The two first met in 2010 when filming a drama and the relationship kept up for 3 years. They were also caught on photo, sitting in Hamada’s car late at night. The next day, Hamada sent out an apology. His wife, Ogawa Natsumi wrote on her blog that she forgives her husband and put the whole fiasco to an end. Ogawa described Hamada as a “depressed gorilla” while he was reflecting on the whole ordeal. 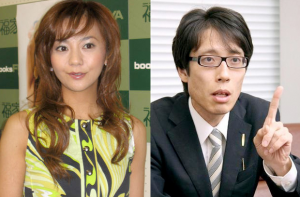 A sports newspaper reported that their relationship turned into a disaster. Towards the end of 2013, Takeda gave a serious approach, and said that it was a “refreshing romantic relationship”. However, after his weird behaviours, like tweets about the Sochi Olympics (“Don’t bite your medals”), he admitted in February that the relationship ended.Kahala looked back on their relationship, “He’s someone that’s at a high level. To be with someone like me…”. Afterwards, Takeda, who was flirting with Kahala in April, was found out to be dating former AKB48 member and actress Hatayama Alisa. 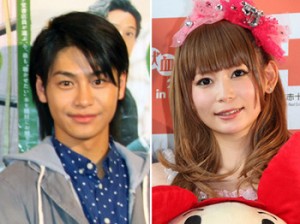 News broke out on their disastrous relationship on May 1st.Sankei Sports newspaper previously reported on April 26th that they were dating, but afterwards Josei Jishin reported that Ozawa had an illegitimate child with his previous non-celebrity girlfriend.
According to insiders, Nakagawa was dating Ozawa without knowing about the child. When the relationship was getting hot, she found out about the child. That became their reason for breaking up. Nakagawa discussed it with Ozawa, “It’s a really important time for us both so, let’s give all we’ve got to our work” and decided to break up. 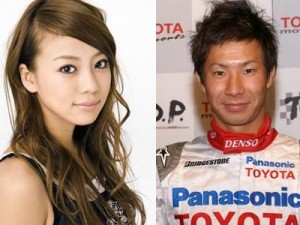 At the end of May, a sports newspaper and maybe other publications reported that this couple turned into a disaster last autumn.
They were in a long distance relationship, the time difference was the cause of their downfall last autumn. She said that they spent a fun time together, but suggested that they go their separate ways. According to Abiru’s friend, they were dating for a long time and their disagreements started to increase. On June 5th, Kobayashi finally tweeted that the fall out happened over a year ago.

Hamada Britney and a non-celebrity man 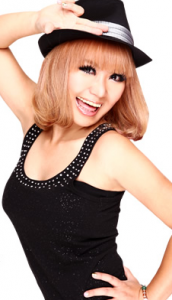 On June 14th, Hamada announced that she ended her engagement to a 38 year old non-celebrity man. The reason for it was “Actually! He realised that he also loved men… We decided to temporarily distance ourselves from each other”. The former couple started dating 8 months ago, he proposed at the end of 2013 and gave her an engagement ring.Hamada also said that she lend him 2 million yen, but there were no other issues. They did not meet each other’s parents either.
source
Posted by ARAMA! JAPAN