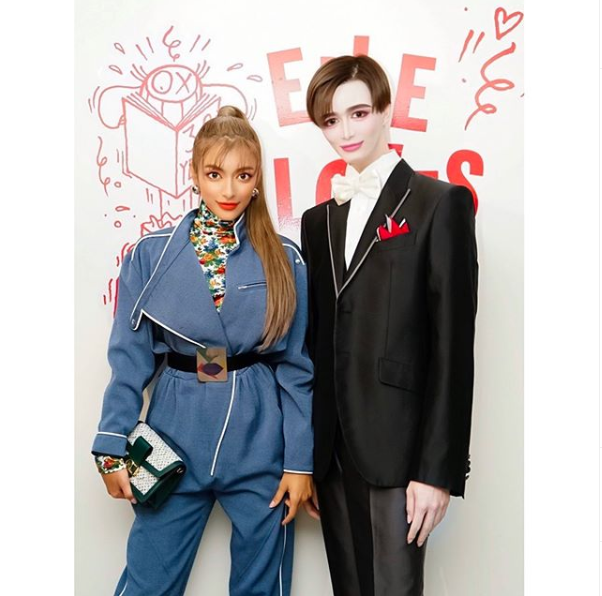 The moment dozens of people dreamed about has finally happened over the weekend. Legend Rola has met legend in the making Matt Kuwata! The two crossed paths at an event in Tokyo celebrating Elle magazine.

Upon meeting Rola, the jubilant Matt was moved to tears. He praised her saying she was a really beautiful woman with a lovey heart, and also has an angelic smile. Tell us something we don’t know! In the photo both of them have received the notorious “Matt processing” edit, but Rola still does look recognizable.

While Rola didn’t post a photo of the two on her own Instagram, we’re sure his presence made a lasting impact on her. Check out the two below!

In other news, Rola has been busy shooting more CMs and making promotional appearances for brands. At an event for Tiffany & Co., she appeared wearing jewelry worth 260 million yen (roughly $2.4 million USD). Next year Rola is expected to launch her anticipated denim clothing line.

As for Matt, he just made an appearance at a concert for former Tohoshinki member Jaejoong where he played the piano!