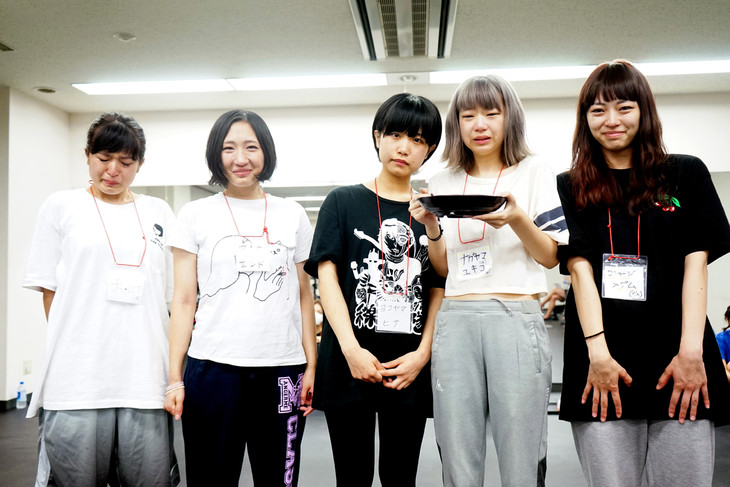 Following the group’s disbandment in July 2014, many thought that would be the end of controversial idol group BiS.

Exactly two years after BiS’s disbandment, it was announced by former BiS leader Pour Lui, sound producer Kenta Matsukuma and former Manager Junnosuke Watanabe that BiS would reform under a new line up. Auditions were opened for women 18 to 28 years old.

To mark a new beginning, Pour Lui released “BiSBiS” as a free digital download, with a video of the last-woman-standing wandering through wreckage and finding out what was in store for the group.

The finalists participated in a four-day audition which was livestreamed on Niconico, following a format similar to Morning Musume’s auditions on the TV show ASAYAN.

In the end, four girls were selected. They will go by pseudonyms rather than formal stage names: Yokoyama Hina as Go Ji-ra, Nagayama Yukiko as Pere Ubu, Koshouji Megumu as Aya Eight Prince and Maina the End as Kika Front Frontal.

Although former members were welcomed to take part in the audition, Pour Lui is the only member from the previous incarnation to be part of the current line up.

Today, the group held a live show “THiS is BiS” to show off their new regime to a crowd of 70 people. At the end of their performance, three girls that failed the auditions (Paripi, Nozomu and Yufu) stormed the stage to formally declare their rivalry with BiS.

The newly-formed rival unit SiS are set to perform their first live show later this month. They will be produced by Especia’s former manager Hiromitsu Shimizu.