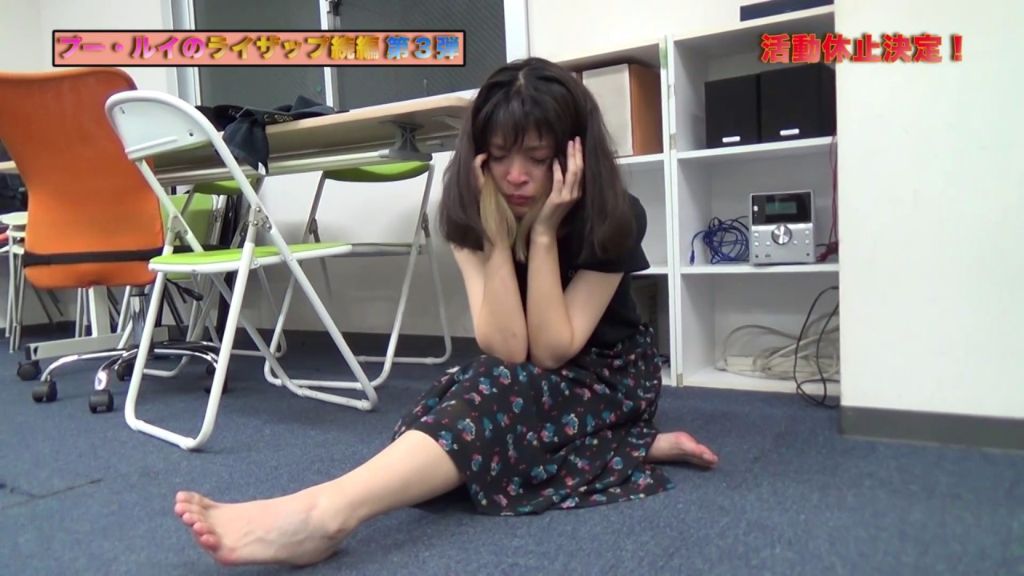 Idol group BiS manager Junnosuke Watanabe has announced that BiS leader Pour Lui has been suspended from the group over repeated failures to meet a target weight of 42 kilograms.

Pour Lui took part in a five-month weight loss program overseen by personal training gym RIZAP, on top of all of her activities with BiS.

Before starting, she weighed 51.5 kilograms with a body fat percentage of 30.7%, and on the final day she weighed 44.6kg with a body fat percentage of 21%. Although Pour Lui lost fat and gained muscle mass in its place, the result wasn’t good enough for Watanabe, who made the decision to suspend her from all upcoming BiS activities, including their crucial one-man live “IDOL is DEAD” at Akasaka BLITZ in October.

If I didn’t keep my promises, what would happen?
Think about it.
I gave her time.
That’s all.

Watanabe has refused to refund tickets to “IDOL is DEAD” concert, citing that as BiS would still appear in some form.

A video of Pour Lui’s suspension, in which she is seen crying and hiding her face, has been uploaded to the official BiS YouTube channel to an extremely negative reception from the group’s fans:

A number of commenters expressed concern that this could lead to her developing an eating disorder, something she has previously touched upon in lyrics she wrote for the BiS song “NOT the END“.

Pour Lui has been managed by Junnosuke Watanabe since 2009, first debuting as a solo singer with the song “Kagirareta Toki no Naka de☆“.