The light novel Biblia Koshodou no Jiken Techou will get an anime and a live-action adaptation. The novel is written by En Mikami and illustrated by Hagu Koshijima. It has been published since March 2011 and the 7th volume is expected be released shortly. The story was adapted first into a 6-volume manga drawn by Nakano and a 3-volume manga by Ryou Kouda. In winter 2013, an 11-episodes drama, staring Gouriki Ayame and Kurosawa Ryohei aired on Fuji Television.

Biblia Antiquarian Bookshop is a secondhand bookstore hidden in a corner of Kamakura, a seaside city just south of Tokyo. Shinokawa Shioriko, the owner of the shop, is a shy young and beautiful woman and often has trouble interacting with customers. However, she has a great knowledge and passion for literature that she use to unravels the secrets and mysteries of the antiquarian books that come into her shop. 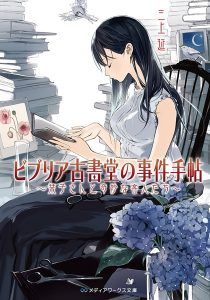 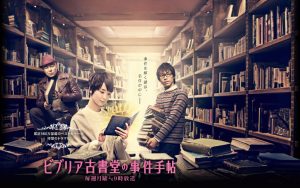 What are you thinking about this news ? Did you watch the drama ? Should they keep the same cast for the Live Action ?