BALLISTIK BOYZ is a brand new group that has yet to debut under LDH, their formation was announced in May 2018.

Overall the group consists of 7 members. 4 vocalists and 3 MCs, all of them are “performers” which is a title LDH uses in reference to their dancers. Before even debuting it seems the group already has their first “scandal”.

Rumblings that the group was copying South Korean group BTS began to appear on the net and started to spread like wildfire. The story was even reported by the news website Allkpop. 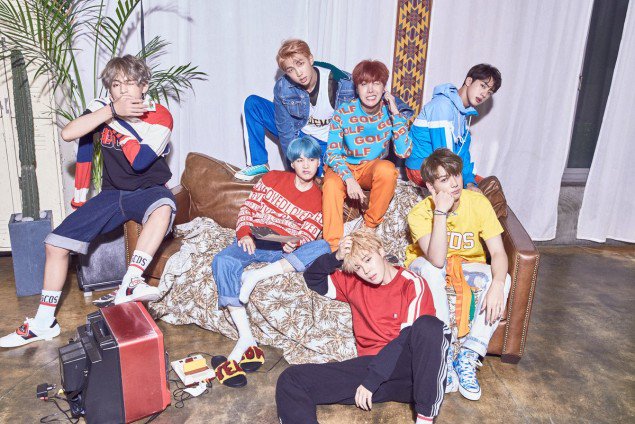 The main reasoning for the copying accusations is that they have a hip-hop concept, have 7 members,and that their debut promotional images look very familiar to the ones for the BTS song “DNA”. It was also claimed that the group name BALLISTIK BOYS was very similar to BTS, which stands for Bangtan Sonyeondan/Bulletproof Boys.

It was alleged that their name was also “Tado Sonyeondan”, which is not only a Korean word but it has never been mentioned in any official media pertaining to the group. 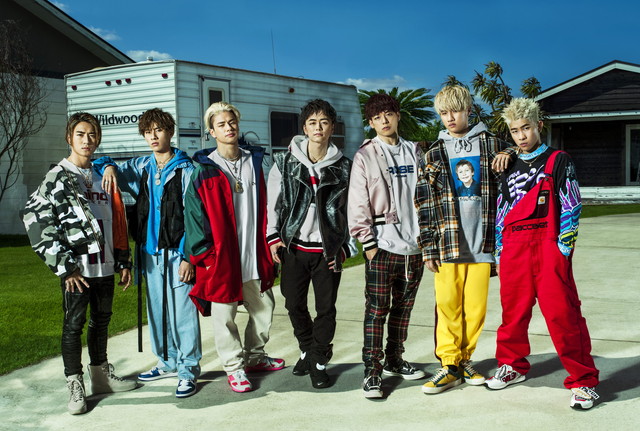 Further false rumors began to spread about the group, the most bizarre being that their group name was officially short for “BTZ” and that the LDH boy group GENERATIONS was in fact a copy of South Korea’s Girls Generation. 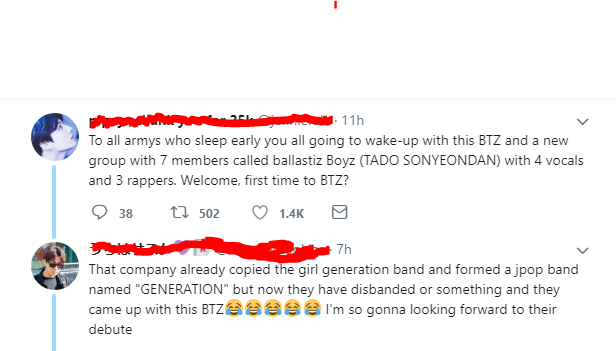 This is one of the numerous SNS posts spreading false information.

Other netcitizens were quick to chime in with their confusion, saying how the name accusations were completely false. Furthermore, LDH has been doing the hip-hop/urban concept since the company was formerly established in 2003. The founding groups J Soul Brothers and EXILE got their start in 1999 and 2001.

The founder of LDH HIRO has also been involved in the scene even before J Soul Brothers and EXILE. He got his start in the hip-hop dance unit ZOO, who made their debut in 1991.

BALLISTIK BOYZ are currently the opening act at events for FANTASTICS, another LDH group who has also yet to make their debut.