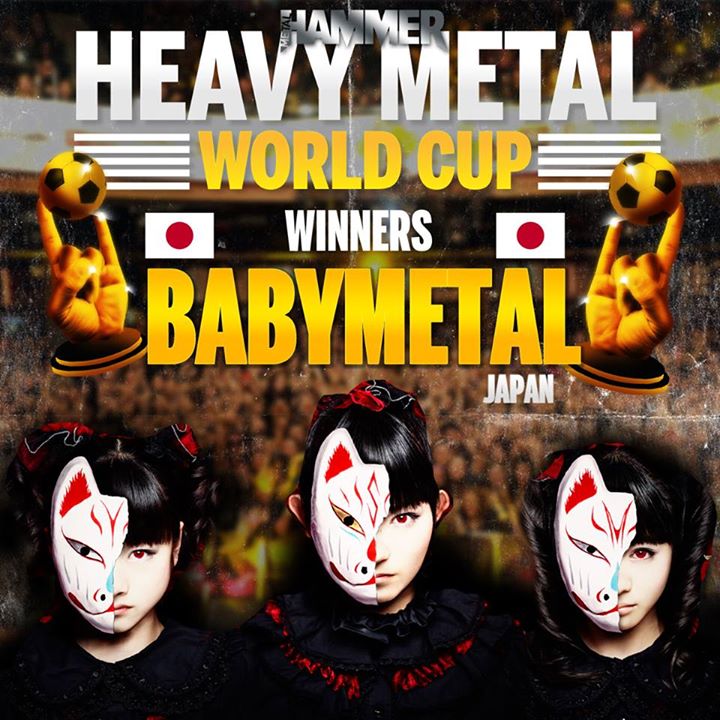 The grand finale of the Heavy Metal World Cup pit Japan’s BABYMETAL against USA’s Machine Head. Both have huge fanbases… but by fan vote, BABYMETAL came out on top!

However, there has been mixed bag of responses to these results.

For some metal fans (who consider themselves “true metalheads“), they believe the 3-member idol group’s cutesy music “undermines what metal stands for” and think their music is being exploited since the girls knew nothing about metal music before starting their group. To simple put it, they’re just ‘using it to exploit a niche market.’

BABYMETAL fans see this as a good thing. Their youthful energy livens up a previously dismal landscape for metal music. And as you will see in some of the comments, some people are too upset about a popularity contest.

Here are some comments on Facebook from metalheads who are less than excited about the results:

Proof that marketing is more powerful than talent.
Who?
Nothing but noise and there is nothing metal about it. The girls have no idea what metal even is.
Goodbye metal hammer! Youre “pop” hammer now.
I think I just died a little inside.

Fans of BABYMETAL chose to respond with memes. I’ll spare you with those but let you watch this:

This contest was run by Metal Hammer, a monthly heavy metal music magazine that features both mainstream bands as well as independent bands from the whole spectrum of heavy metal music, including kawaii metal. These days, pretty much all they talk about is BABYMETAL which just goes to show that they are reinvigorating the once stagnant scene with their foreign aesthetic and hard work.