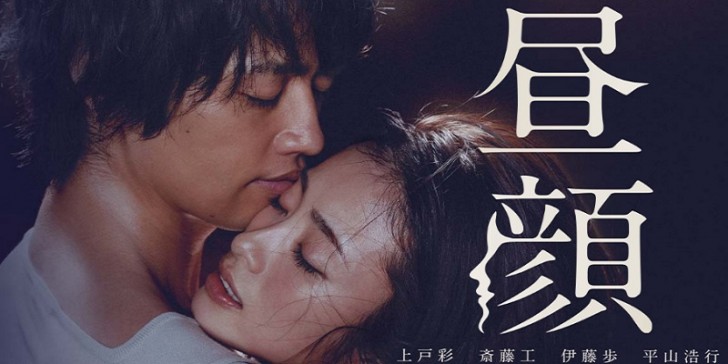 According to various entertainment officials, actress Aya Ueto is well on her way to becoming the most popular female Japanese celebrity in China. The sharp rise in popularity is all due to her comeback film Hirugao: Love Affairs in the Afternoon.  The film made it’s official debut at the 2017 Shanghai International Film Festival last month to rave reviews.

Hirugao: Love Affairs in the Afternoon originally got it’s start as a 2014 Fuji TV drama series. The plot of the series surrounds infidelity, as the main character Sawa Sasamoto (Aya Ueto) begins to have an affair behind her husbands back. The drama was a huge success with the finale earning an impressive 16.5% viewership rating. In response the expression “Heijitsu Hirugao Tsuma” became universally recognized all across Japan, which refers to housewives having afternoon affairs while their husbands are at work. The film version was released on June 10th, 2017.

China has extremely strict attitudes towards adultery, up until 1980 it was actually punishable by jail. This makes the premise of the film and drama quite taboo and intriguing for Chinese viewers. While the drama didn’t air on Chinese television, through word of mouth it became an extremely popular “underground” hit.

With the announcement that the film version of Hirugao: Love Affairs in the Afternoon was getting an official Chinese release, media and fans were full of anticipation. When tickets were first up for sale over 5,000 were sold in 30 seconds. Aya’s popularity is being compared to singer and actress Noriko Sakai, who during the 90s enjoyed immense success in mainland China. Dubbed the “Ueto Boom“, Aya’s influence and popularity can also be seen in other Asian countries including Hong Kong and Singapore.

Once the Chinese general public started to learn more about Aya naturally her past was looked into as well. A former idol playing the “scandalous” role of an adulterous wife seems to have resonated with them even more. However, as another entertainment official stated the sudden rise in popularity also has it’s negatives. Due to false online rumors and people simply not doing research there’s quite a few Chinese citizens that believe Aya is actually an AV actress. Whatever the case may be, it will be interesting to see if Aya and her agency plan to capitalize on the “Ueto Boom”.