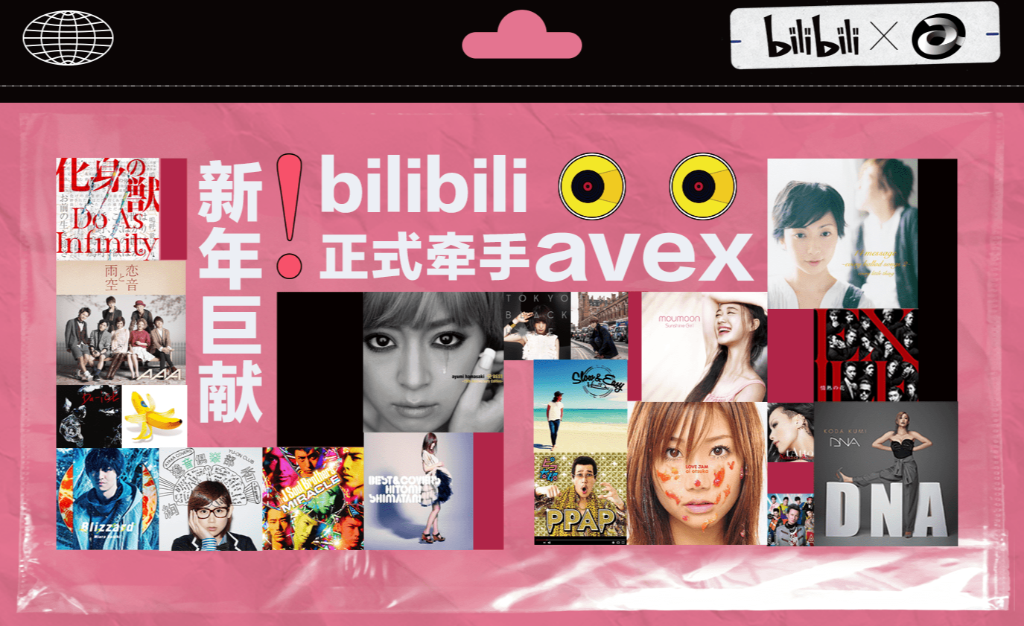 In an effort to expand its reach in China, Avex has signed a licensing agreement with the Chinese video streaming service bilibili. Avex is the first Japanese label to sign such a deal with bilibili. Around 3,300 Avex music videos will be available on bilibili as part of the licensing agreement. It will also include collaborations on online live events and other initiatives.

Chinese video streaming services, long known for their piracy, are now gaining an air of legitmacy as they sign more and more licensing deals. bilibili, in particular, is seeing remarkable growth. It has about 200 million monthly users, up 54% over last year. It also has 15 million paying users, up 89% over last year. bilibili was ranked as the top entertainment app among Generation Z in China.

JPop has strong support in China, mainly among young people living in urban areas. Songs used in Japanese dramas, movies, and other media have often attained commercial success in China. Avex hopes to cater to this demand by teaming up with bilibili.

Under its strategic theme “Entertainment x Tech x Global”, Avex is striving to create strong intellectual property to succeed in today’s market. The company has increased content development and enhanced its network worldwide, in an effort to market its intellectual property not only in Japan, but to fast-growing markets worldwide. In the Chinese market, Avex is working to sign and develop CPop artists as well as increasing efforts to form deals with major local media services. This bilibili deal is part of this project. The starting off point can be found here.