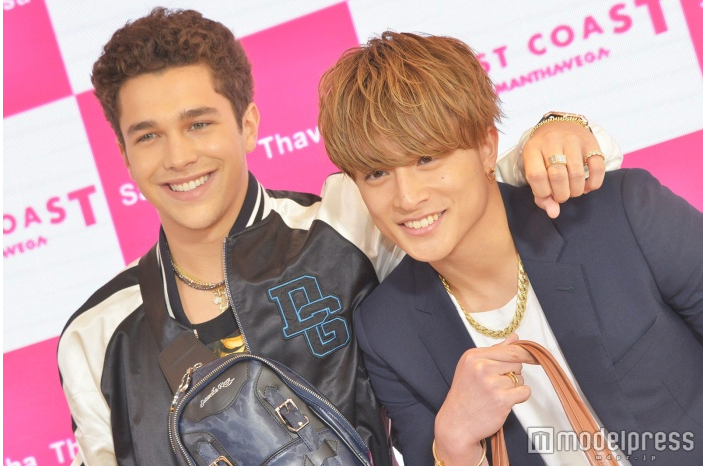 Ever since both of them teamed up to star in a CM and web series promoting the brand, a friendship was formed between the two. At the live event Mahone shared “I loved being able to work with Alan again, it was the best!”

One of EXILE’s comeback songs Melody, was selected as the theme for both the CM and web drama. Mahone said he’s currently obsessed with the song, and teased a possible future collaboration between himself and Shirahama’s agency LDH.

During the event Shirahama also showcased a small choreography lesson with Mahone, the two are said to have exchanged some moves during filming for the CM/web drama. To close Mahone performed his song So Good for the audience.

Last year Mahone’s song Dirty Work became a surprise hit in Japan, launching him to stardom in the country.

The song received a huge boost when female comedian Blouson Chiemi used the track in one of her skits. His debut studio album also titled Dirty Work was released on October 18th, 2017. He’s currently in the studio finishing his American debut album.