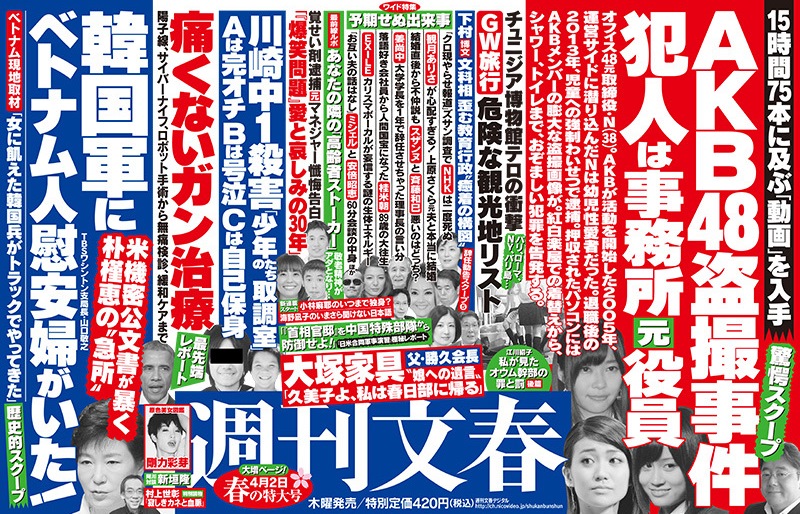 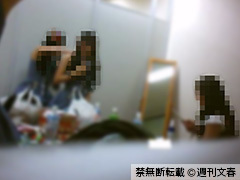 According to weekly tabloid Shukan Bunshun, it has come to light that former AKB48 manager Takashi Nodera (38) stashed hours of compromising footage of members of the popular Idol group in varying states of undress taken during his time with the company.

The inappropriate materials in question were taken over 2009 and 2010 during the filming of “The Show Must Go On,” a documentary showing the inner workings of a group of girls on their rise to becoming their most popular pop band in the nation.

After leaving AKB48’s management company in 2010, Nodera was arrested for sexual assault of an elementary school girl and was sentenced to 16 months in prison.

In the investigation of his crime, police found 75 individual films totaling 15 hours of AKB48 members showering, changing and using the bathroom while working on locations like the AKB48 Theater, PV and CM shoots, hotels as well as the dressing room of NHK Kohaku Uta Gassen. Additionally, 200 still images were revealed to be on Nodera’s hard drive.

Taken without their permission, the equipment was concealed in inconspicuous places as well as cigarette lighters and pens producing an uneasy voyeuristic quality (pictured above).

Shukan Bunshun reached out to AKS and were unable to receive a comment.