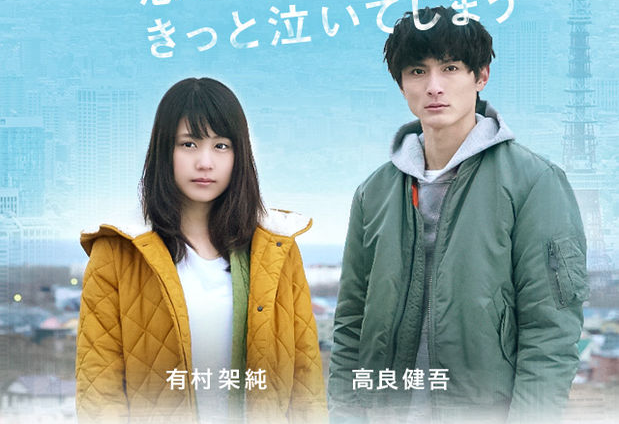 Arimura Kasumi and Kora Kengo will be starring in Fuji TV’s Winter Getsu9 drama “Itsuka kono Koi wo Omidashite Kitto Naiteshimau”, which will air in January 2016, Mondays 9pm. This is the first time they are working together and taking the lead in a privately owned TV network. Scriptwriter will be Sakamoto Yuji, who worked on the hit drama “Tokyo Love Story”.

This is Arimura’s third time appearing in a Getsu9 (Shitsuren Chocolatier, Yokoso Wagaya e) but her first time as lead. Regarding her first time leading a Gekku, Arimura admitted that she feels the pressure but she hoped to not be too conscious of it and work hard on the drama instead.

The drama follows the story of love and growth of six young adults who moved to Tokyo from the countryside. Among them are Suigahara Ono (Arimura Kasumi) and Soda Neri (Kora Kengo). Sugihara Ono is raised by his adoptive parents in Hokkaido after her mother died. Even though she gave up having dreams, she lives cheerfully and bravely. This was challenged when her indebted parents plans to marry her off to a man 20 years her senior. Soda Neri is raised by his grandfather in Fukushima. His grandfather’s land was swindled from them by other people. He moves to Tokyo in order to earn money to recover the land and dreams of being able to live with his grandfather. The two met by chance in Hokkaido and decide to go to Tokyo to pursue their dreams.