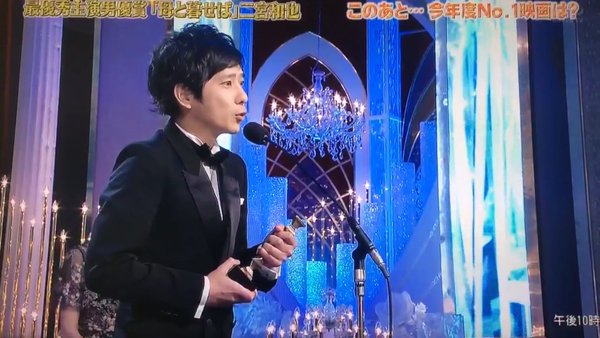 Arashi’s Ninomiya Kazunari won best actor at the 39th Japan Academy Awards for his performance in “Haha to Kuraseba” (Living with My Mother). The film depicts a son, Koji (Ninomiya Kazunari) who suddenly appears in front of his mother Nobuko (Yoshinaga Sayuri) 3 years after his death from an atomic bomb that fell on Nagasaki, Japan.

Check out the trailer, comments, and more below!

In his acceptance speech Ninomiya took the time to thank Arashi and their fans saying he hope he has pleased them. He also wondered if he has been able to repay the kindness of Johnny, Mary, and Julie who he has troubled a bit. His voice was shaky, but he was sure to announce that, “Today it looks like I can drink good liquor.” Fellow Johnny Okada (V6) was there to lead the audience in applause.

Later on in the programming Ninomiya said he was absentminded because he was too surprised and honestly did not expect to win. He was filled with joy, but couldn’t express his pleasure or shed any tears. After the ceremony, he took a photo with Okada where he explained winning wasn’t a goal of his, but he did his best and is proud. He suggested the two of them should go out for a meal with Yamada Ryosuke , who won rookie of the year, if they could calm down. 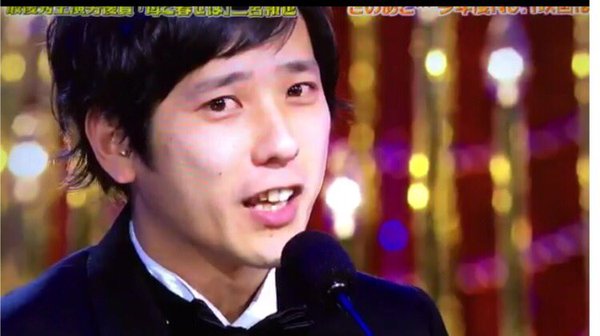 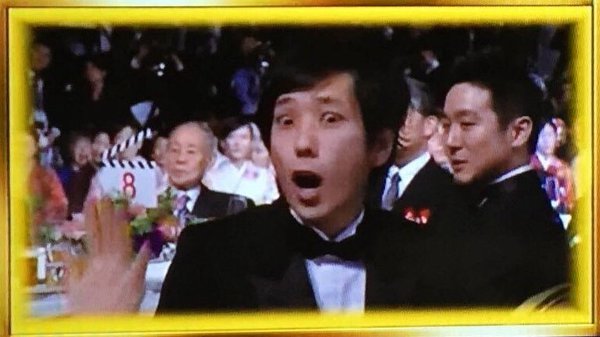 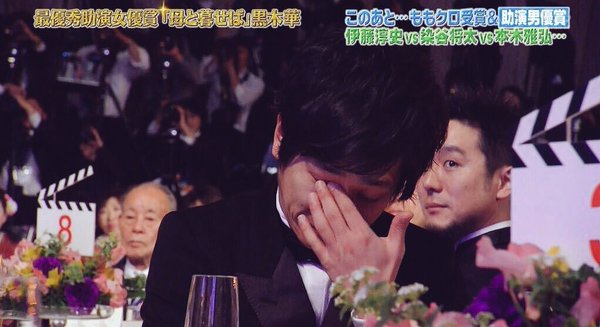