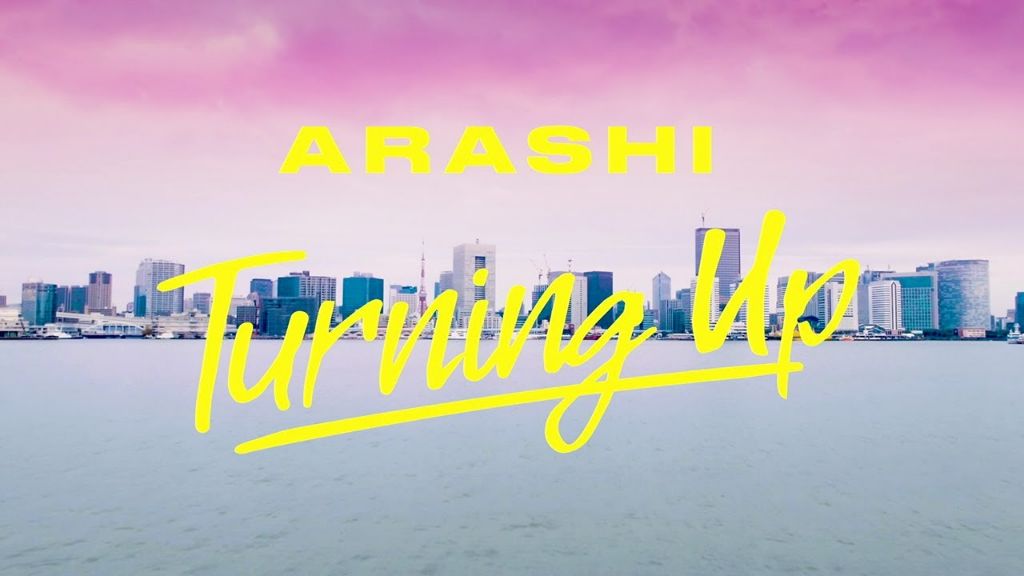 “Turn up with the Jpop!” ARASHI has released their first digital single “Turning Up” and the music video uploaded at their Youtube channel.

As previously reported, the group has announced several activities during their YouTube Live press conference on their 20th anniversary on November 3. One of which is the digital distribution of all 65 singles of the group including “Turning Up” starting at 7pm JST and the premiere of the music video.

The new music video premiered at 9pm and starts with a news broadcast of an impending storm (Arashi). Part of the video was shot in Hollywood Blvd in Los Angeles. Check out the fun and very Arashi kind of song and PV below.