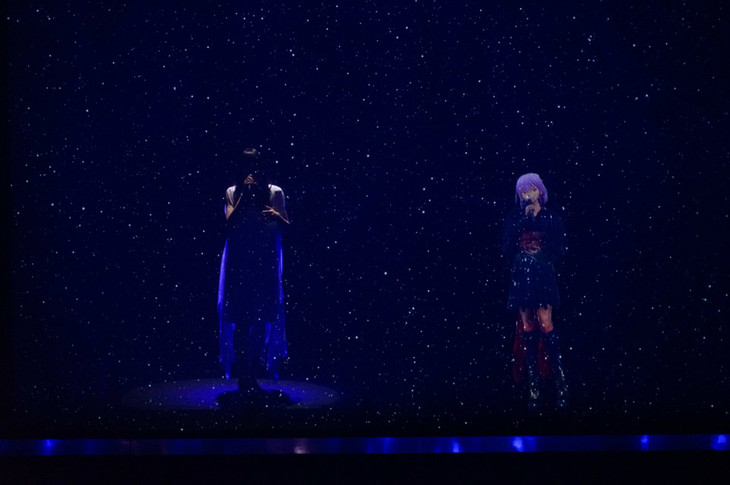 EGOIST started off their live tour EGOIST Greeting Tour 2016 : side-A「UNVEIL of KABANERI」with a bang at Zepp Tokyo on May 4th. In attendance were about 2700 people. The tour was to commemorate their newest single, KABANERI OF THE IRON FORTRESS which also serves as the opening theme for the anime of the same title.

chelly (vocalist of EGOIST) began talking about the show and then went on about how she couldn’t sing this one particular song alone and called out Aimer to the stage. Fans have speculated Aimer would appear as the ending theme, ninelie, is a collaboration between her and chelly.

Find out more about the performance and EGOIST’s and Aimer’s upcoming tours!

Afterwards, EGOIST performed their song “Departures ~Anata ni Okuru Ai no Uta~” and did a duet with Aimer on her song “Rokutosei no Yoru“. Aimer is also set to make an appearance at the other venues, on May 7th at Zepp Nagoya as well as on the 8th at Zepp Namba.

In addition to the side-A tour, EGOIST will be holding a side-B 「UNVEILed of KABANERI」 tour later in June. Aimer also shared the news about her upcoming national hall tour. Dates and venues for both tours are listed below.