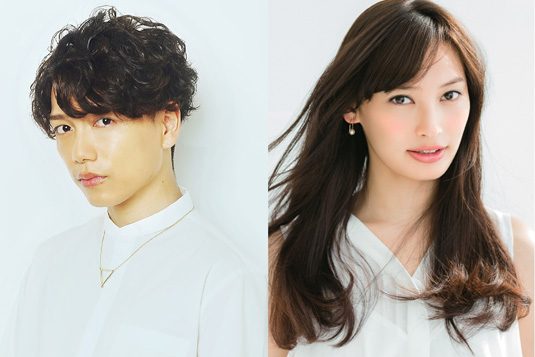 ‘Reon’ is a comedy film based on the manga of the same name. It tells the story of an unlucky office temp Reon Takanashi (Kang Jiyoung) and a womanizing CEO Reo Asahina (Naoto Takenaka) who end up swapping bodies due to a traffic accident.

This is the second time we see Yamazaki and Omasa in the same production, as both of them appeared in TBS’s ‘I Love You Just A Little Bit’ tv drama this spring. This time Yamazaki is playing the villain. He is an over-confident, narcissistic tax accountant who is plotting to take over Asahina’s company. Omasa plays Reon’s close friend Serina. Yoshizawa gets to play the part of a young man who has fallen in love with Reon. According to Yoshizawa, the crush his character has on the female lead is ”pure and straight”.

The film is slated for a 2018 release. It is directed by Renpei Tsukamoto, whose filmography mostly consists of tv dramas, such as ‘Godhand Teru’ (2009) and ‘Omukae Death’ (2016). His latest film, ‘Wig’, was released in 2010. The script for ‘Reon’ was penned by ‘Heroine Shikkaku’ writer Erika Yoshida.