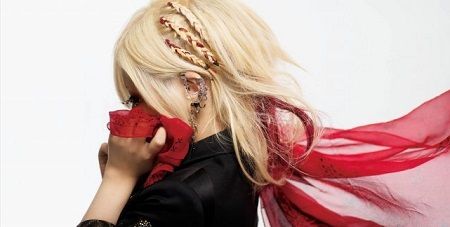 Popular Utaite 96Neko will make her major debut with the mini-album “Crimson Stain” under Sony Music. She will be joining the ranks of fellow artists like ShounenT and Piko, who started their careers on the video streaming site Niconico. The album is slated to hit stores on June 29th.

Learn more about her debut after the jump!

The Osaka-native singer started uploading videos in 2006 and soon became known for her ability to sing in low and high ranges. Her lead single Crimson Stain will be used in the fourth episode of the anime Kagewani: Shou. In addition, in the eighth episode, she making an appearance as a voice actor. The mini album will include tracks such as Dream Breaker (a collaboration with the gaming app 18) and Vocaloid covers like Ghost Rules and Pierrot.

I’m really happy to announce the release of my first mini-album this time around! Crimson Stain, the insert song for Kagewani: Shou, fits the atmosphere of the anime perfectly with its addictive rock sound!  The tie-in song to the gaming app 18, Dream Breaker has an amazing EDM sound with its distinct bass drum beat! What’s more, there will be Vocaloid covers! The entire album is packed with a variety of songs, so by all means, please listen to it ♪