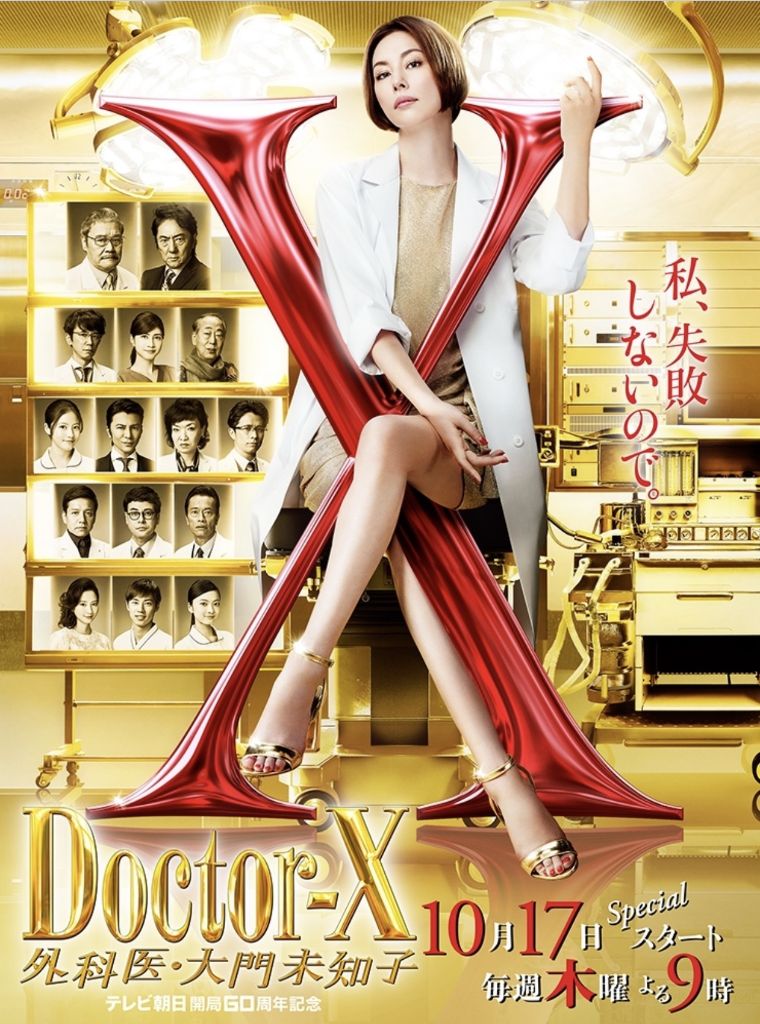 She’s still got it, actress Ryoko Yonekura has been playing the role of Doctor Michiko Daimon for almost a decade now, and fans can’t get enough of it. The 6th season of Doctor-X recently began airing on TV Asahi, and the first episode received very impressive ratings.

Finishing with a very impressive 20.3% rating, throughout the entire episode it was able to keep an average above that coveted 20% mark. This great start gives Doctor-X the potential to be the most successful drama series of the year.

Ratings for the episode peaked at a massive 25.3% when Michiko was performing a dramatic surgery scene.

In the 6th season of the show Totei University Hospital has built a huge deficit. One of the primary investors Nicholas Tange attempts to turn things around by implementing a complete restructure, and introduce various cost cutting techniques. Nicholas requests that Michiko returns to the hospital to work again as part of the restructure process.

The first season of Doctor-X made it’s debut on October, 2012 and received an average rating of 19.1%.