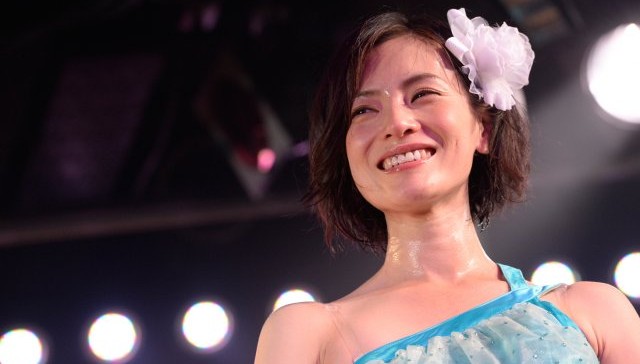 The campaign sought an individual over the age of 30 to add to the AKB48 lineup in order to appeal to an adult crowd. She beat out over 5,000 applicants including former Morning Musume member Sayaka Ichii, an Atsuko Maeda impersonator and an 82-year old woman.

She was expected to carry out all the typical duties of an AKB48 member: theater shows, concerts, TV appearances, handshake events, etc. Although there was a huge age difference, she was able to match the rest of the girls’ energy at her debut stage show this Wednesday where she also celebrated her 38th birthday.

But like all members, she had to realize when her time was up and ultimately announced in a new CM for Glico’s Papico that she will be graduating after being in the group for only four short months.