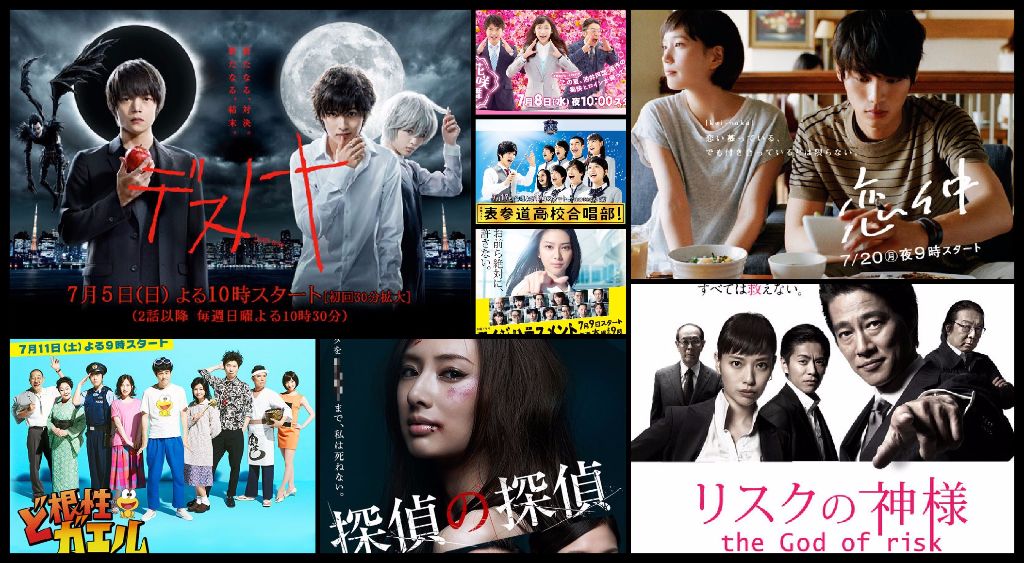 The numbers are in for the latest drama ratings report! With several very curious numbers, let’s also check out some of the concerns surrounding this season’s dramas.

Looks like FUJI TV is having some tough time this season. The network, which has produced several hit dramas in the past, is seeing its studio dramas suffering. Prior to its Getsu9 drama premiere last July 20, all its dramas this season has dropped to single digits. So it looks forward for Koinaka to save this season.

Koinaka however, premieres with a 9.8% rating. While this number is decent given the sluggish viewing rates these past years, to premiere with a single digit for the network’s Getsuku timeslot is a first. Prior to its premiere, aside from voices of criticism of its main actors, there are doubts of whether the combination of the two young leads can pull in numbers. It is said that the television production is riding the wave of shojo manga film adaptations, such as the case with Fukushi Sota’s “Strobe Edge” and Honda Tsubasa’s “Ao Haru Ride” hit movies. That trend however brings in a demographic of mostly teens, which can be more suited for a late night slot instead of the golden hour.

Its Tuesday 10 pm drama slot also did not recover from last season drama’s slump. Premiering at 6.6%, HEAT might stay within the average ratings of last season’s “Tatakau! Shoten Girl” of 4.8%, which is low for a primetime slot. Risk no Kamisama, Tsutsumi Shinichi’s first solo leading role in a drama series in 16 years, premiered with 7.0%. There are criticisms of why FUJI TV has to put it in competition with NTV’s Hanasaki Mai Ga Damattenai 2, which is dominating it in ratings.

On another curious number, the highly anticipated drama adaptation Death Note continues its decline, debuting from a high 16.9% to dropping to half on its third episode at 8.7%. Last season, NTV debuted its new Sunday 10:30 pm drama timeslot with an aim of further strengthening its Sunday block, to follow after the network’s high rating variety shows (The! Tetsuwan! DASH!!, Sekai no Hate Made Itte Q!, Gyoretsu no Dekiru Horitsu Sodanjo, Oshareism).

On the other hand, taiga drama Hana Moyu doesn’t deviate much from its current ratings. The drama is adding Komatsu Eriko (Tenchijin) as its scriptwriter, for the Meiji revolution part of the story which will begin in September.