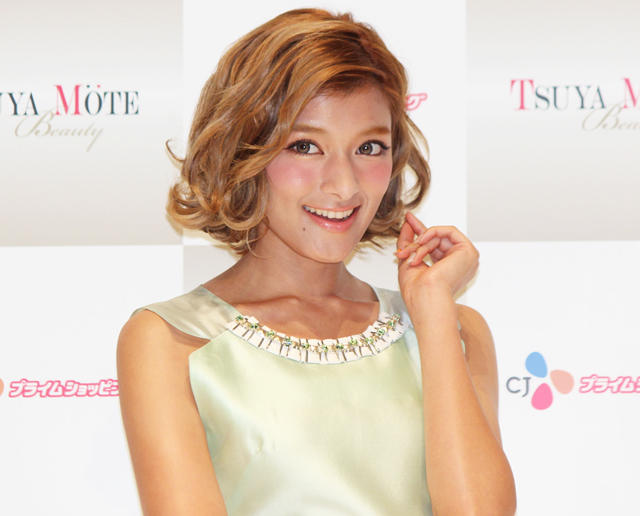 Japan, just like any other celebrity obsessed nation has its fair share of stars looking for their 15 minutes of fame. When Rola first burst on to the scene, many dismissed her as another flash in the pan, but her brand and image have continued to become stronger with each passing year. Her father’s highly publicized scandal didn’t even leave a dent in her career. With countless endorsement deals, variety appearances, and even hosting gigs, there’s no escaping her when walking down the street or turning on the TV.

Rola came to Japan when she was nine years old. Born to a Bangladeshi father and half-Japanese, half-Russian mother, Rola’s eccentric and bright personality helped her overcome the difficult language barrier as a child. In an interview with AFP she said:

“Normally if you can’t communicate it’s frustrating but I only have fun memories of childhood. When I was small I’d play with Barbie dolls and the next day I’d jump in the river with boys catching crayfish or playing with turtles. Maybe that’s why I use a lot of hand gestures. I naturally just made friends.”

Japan is largely still a mono-ethnic society. There was a time when being mixed race was looked down upon which made it difficult for Haafu stars to thrive. For the most part that mindset has long been forgotten and very rarely do you see TV shows without at least one Haafu star. Rola definitely wasn’t the first to kickstart this trend as many popular acts came before her, but a lot of them never had the influence Rola currently has on Japan’s younger generation.  According to psychologist Yuko Haruka, “Young Japanese Women want to be like Rola. They buy all the same clothes, bag. It’s like a cartoon world, the baby face-effect.  She has the foreign look: long legs, small face, but because she is “half”, she is not an object of envy at all. She’s an idol like Madonna was, but closer and easier to relate to.”

Rola’s childish and blunt behavior could be seen in a very negative light, especially when you consider  how “strict” Japanese society can be. It took a while for the industry to understand her personality:

“Whenever people told me to speak politely, I never worried about it. I’m not talking down to anyone. I’m not a comedian, it’s just how I am. It’s just being open-hearted and trying to make people open theirs”

Rola herself believes that the shifting landscape of the entertainment industry is ultimately having a very positive effect on Japan.

“Nationality isn’t important, I used to think Japanese people weren’t open and should lighten up. But Japan has become brighter. People copying me is cool, if I can bring a tiny improvement to Japan, that’s great”

When Rola isn’t busy filming a new commercial or taping a television appearance her hobbies include hitting the gym, shopping and going fishing. Whenever the next trend hits the haafu craze might die down for a bit, but there’s only a matter of time before the “next Rola” is discovered.  At the end of the interview AFP asked Rola to describe herself with one word:

Who are some of your favorite haafu acts? Here are some notable ones 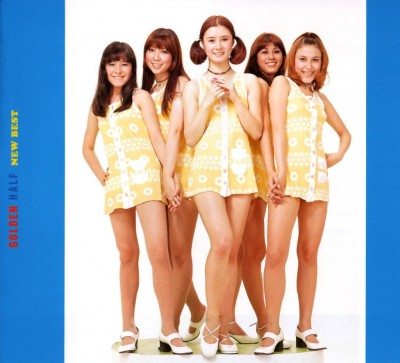 Golden Half was a j-pop group active in the early 70s consisting of five female haafus. They released 10 singles and were regulars on numerous TV shows including the highly popular Hachiji da yo! Zenin Shuugou.  The group parted ways in 1974 but their bold advancements into the entertainment business helped shift Japan’s view of mixed race people. 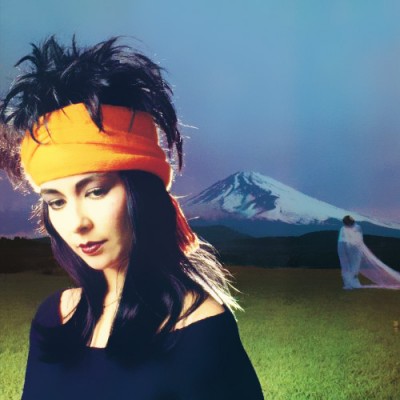 Ann Lewis got her start in 1971 with the single Shiroi Shuumatsu. Since then she has enjoyed a successful singing career lasting until the mid 90s. She has since retired due to panic attacks and now runs a jewelry shop in Los Angeles.

Throughout her career she has collaborated with many artists,  and had the rare privilege of working with the legendary Momoe Yamaguchi after she announced her retirement.  Ann’s signature hit is Roppongi Shinju. 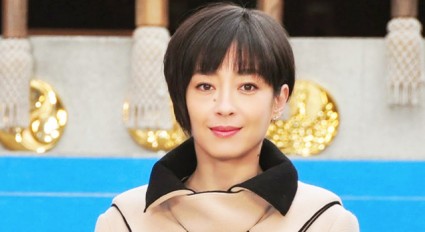 Born to a Dutch father and Japanese mother, Rie Miyazawa got her start doing CMs, which soon led to a successful career in music, TV, and film. She was one of the most sought after idols in the industry, her nude photobook Santa Fe has sold over 1.5million copies, a feat that has yet to be topped.

In the mid 90s she was a tabloid target due to her failed relationships, alleged suicide attempts, fights with her “Momager”, and battle with anorexia nervosa. She has since been able to get her life on track and enjoys a successful acting career. 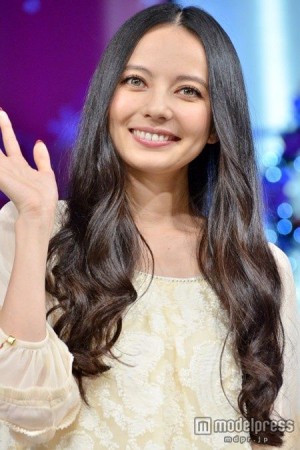 Becky is one of the most well known and successful haafu talents.  She debuted in 1999 on the children’s show “Oha-Suta” reading the English names of various Pokemon. In 2009 she began her music career under the stage name Becky♪♯.

At one point she held duel citizenship in the United Kingdom and Japan, but she had to give up her British citizenship in accordance to Japanese national law when she turned 20. 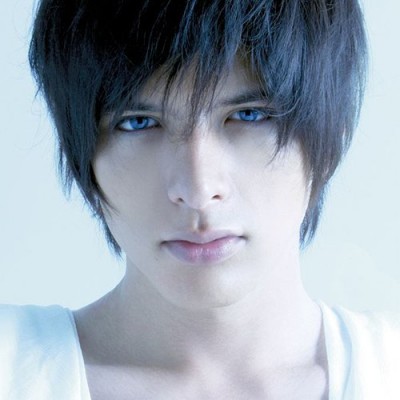 Yu Shirota is an actor who has starred in many popular films and dramas. These include the film adaption of The Prince of Tennis, GTO, and Rookies. He had his musical debut in 2011 under avex trax with the single U/Heart of glass/Sisyphus. Shirota has garnered quite a bit of attention from Johnny’s Entertainment fans due to being apart of the “Akanishi Troop”. He is half Spanish. 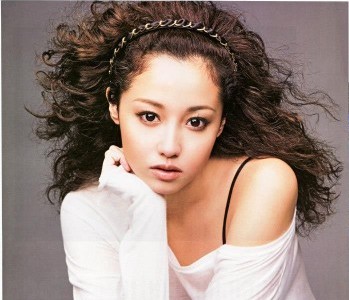 Erika Sawajiri is one of the most notorious actresses in Japan, whatever she does all eyes are on her. She has been the spokesperson for countless products and starred in numerous popular films and dramas, she also had a successful, but short lived, music career.

She took a temporary hiatus after her infamous “betsu ni” comment, and returned to the scene in 2010 after divorcing her sinister husband.  Erika was born to a Japanese father and Algerian-French Mother. 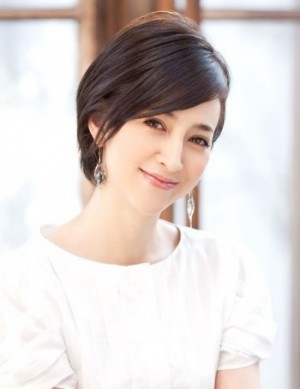 Christel Takigawa is a television announcer and news presenter. Christel was born in Paris and moved to Japan when she was three years old. After graduating from college she began work as a news presenter. She has since branched out doing hosting for popular entertainment shows such as FNS Kayousai and starring in CMs.

In 2013 Christel gave a presentation to the International Olympic Committee in both English and French, inviting them to hold the summer games in Tokyo.  Her speech is largely credited as the reason why the IOC approved Tokyo as the 2020 host. 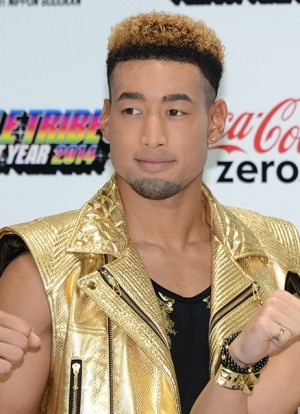 Mendy Sekiguchi was born in New Jersey to a Nigerian father and Japanese mother, his family relocated to Japan when he was 1 years old.  In 2010 Mendy auditioned for EXPG, the LDH (EXILE family) dance and vocal school. Mendy passed his audition and eventually debuted in 2012 as a member of the group GENERATIONS.  Mendy is known for his signature high top hairstyle.