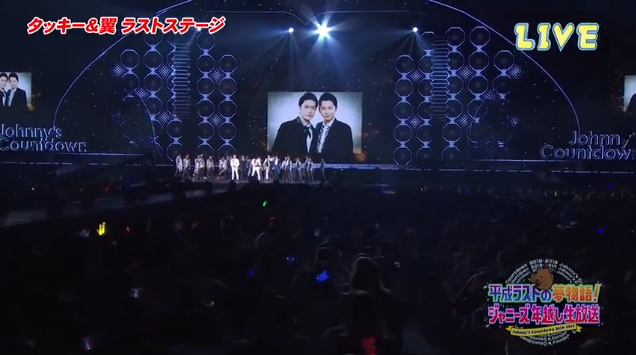 A highlight is the final stage of Tackey & Tsubasa, who performed a special medley before being given a final send off by everyone. 4TOPS (Yamashita Tomohisa, Ikuta Toma, Kazama Shunsuke and Hasegawa Jun) reunited to backdance for the duo.

Check out the performances below!