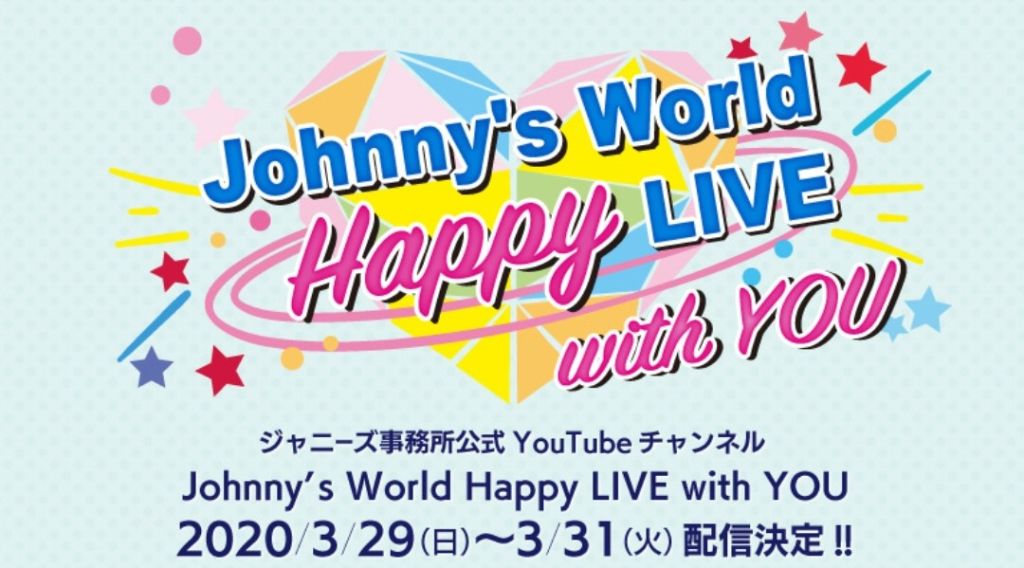 Today’s first concert featured Sexy Zone, SixTONES, and HiHi Jets; the second one featured Kanjani8, Johnny’s WEST, and Naniwa Danshi. They can be seen below!

On March 30, the first concert (at 4 PM JST) will feature Yamashita Tomohisa, Travis Japan, Hey! Say! JUMP, and Kis-My-Ft2. The second one, at 8 PM JST, will feature KAT-TUN, A.B.C-Z, and King & Prince. The performers on for the March 31 concerts have not been announced.