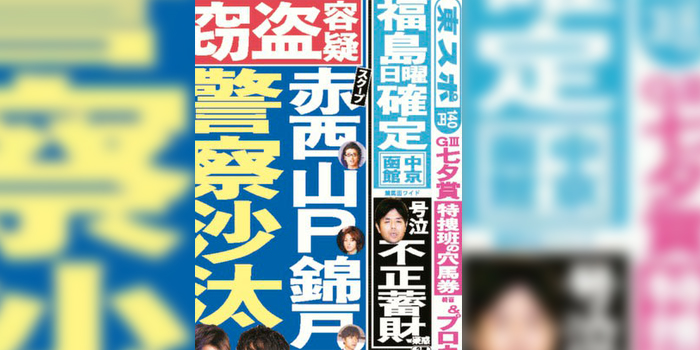 The Akanishi Troop is at it again, and this time they might be in trouble with the law.

Tokyo Sports reports that late last month, Jin Akanishi, Yamapi and Ryo Nishikido got into an altercation with non-celebrities during a night out in Roppongi. Upon closer observation, a female recognized who these guys were and what was going on so she took out her phone and started recording the argument.

Not wanting this story to hit the press, the famous singers took the girl’s phone and ran. News broke out when her police report was discovered. Whatever it was, the situation must have been bad for them to steal a phone.

Only a snippet of this news has been released, but more details will be revealed as the story develops.