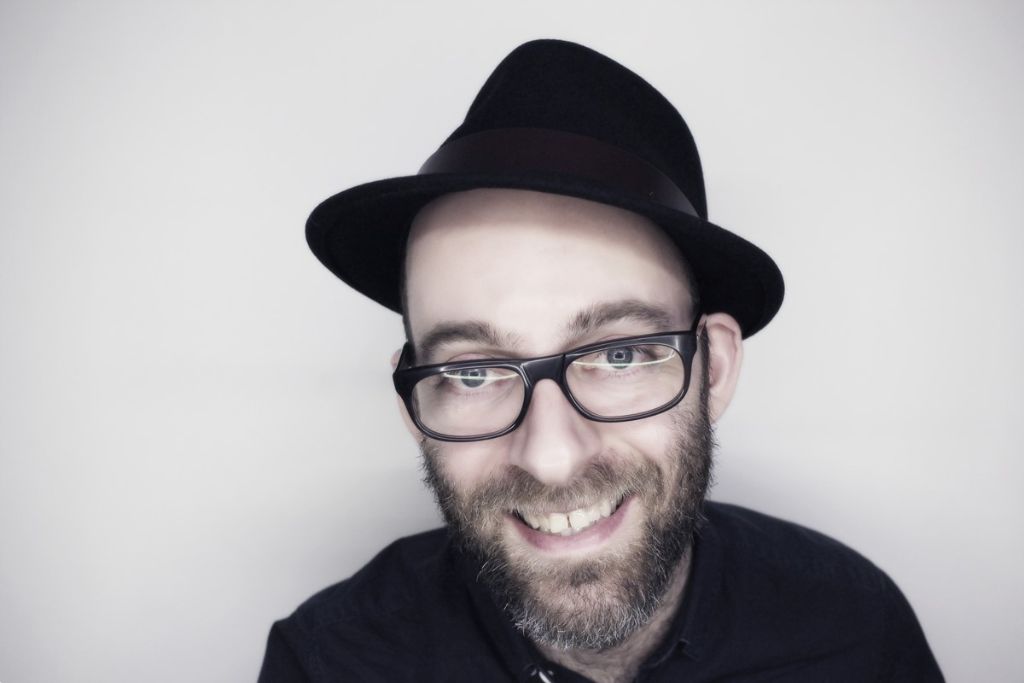 Japanese music has always been a niche market on a world scale, but more recently, companies have begun tapping into that niche and distributing Japanese music worldwide. The advent of the return of vinyl collecting has been a major boost for this, and we now are starting to see plenty of western releases (often exclusive compilations) appearing on LP.

Recently, Ash and Alex had the pleasure of being able to interview Phil Boehm of Studio Alegori who specialize in pressing such releases, along with doing visual art and photography (he also works on album artwork). Read on for the full interview and get a unique perspective of what it is like working in this blossoming area of the industry.

1. Can you give a brief introduction to Studio Alegori and your role in the company?

I created studio Alegori 2 years ago in Tokyo. I do graphic & web design and produce vinyl records. It happens I work with other people, but it’s mostly my own work. I’m paradoxically not entirely comfortable with the idea of signing my works under my own name, so it’s convenient for me to use the name of Alegori :)

Basically I try to create everything I like under this name. I also co-organize music events.

2. Your latest release is Hijokaidan and Jun Togawa’s “Togawakaidan”. What drew you to press this particular title?

I was still in France when I just fell in love with Togawa Jun’s music and her character. When I arrived in Japan, I was in contact with Jojo Hiroshige (From Hijokaidan). I was really dreaming about a Togawa Jun or Yapoos comeback, and one day, I found a tweet announcing the Togawakaidan CD. I remember, it was a morning in my apartment in Harajuku, and when I saw this tweet I jumped out from my chair and shouted “yatta!!” haha. Finally, this was a chance for me to work with Togawa Jun. 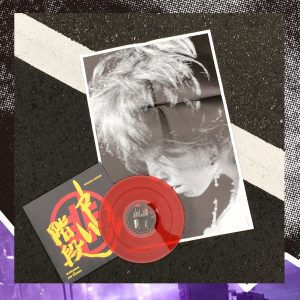 3. How do you decide on the artists for your releases?

It sounds pretentious maybe, but I follow my own feelings. I mean, I quickly feel if a band or music is different. The music is just ‘calling’ me.
At this point it’s too late! I can not detach myself, and my brain is already full of images and cover designs I could create. It doesn’t happen a lot, but I work overtime when I feel this connection.

Also I’m not usually alone, if I feel this connection with an artist, I know a lot of people will feel this too. So it urges me to tell them! haha
e.g. It was the case for Suiyoubi no Campanella.

4. You worked on the European vinyl pressing of Suiyoubi no Campanella’s “Jugem je t’aime”. How was that experience? How was KOM_I?

That was very great. I met KOM_I in a arty bar of Harajuku (called Bonobo). We talked quickly about music. She showed me the movie clip of “Momotaro” and after few seconds I was sure I wanted to work with her. I think our tastes are very close, and it was lovely to work together and create the album cover (even if she had to suffer a little bit during the photo-shooting to take this pose!) haha.

I think she represents something very interesting in Japan. It’s not the most beautiful or easy country in the world to be a woman, and girls like her show them that pop artists are more than just idols. I’m very glad of this record. 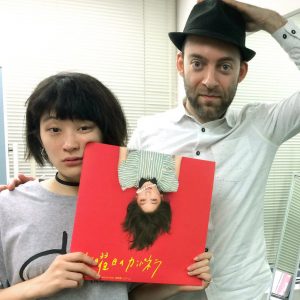 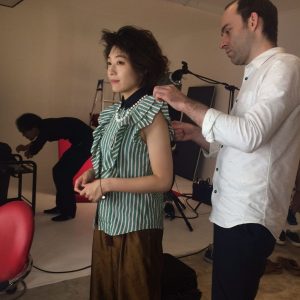 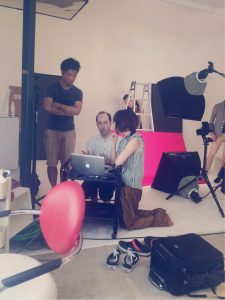 5. Can you give a rundown on the manufacturing process for your vinyl releases?

There’s 2 main parts on the manufacturing process for a record. The sound and the design.

For the design I want to work very closely with the artists, even if I have already a very clear idea of what I want to do and the feeling I was to express. Luckily, until now they were very happy with my ideas every time!

On the sound side, I work with Gregory Germain, a Recording & Mixing Engineer at DCH Studio in Shibuya. He’s a passionate like me and he has a long experience with famous Japanese pop bands. Basically we can produce together a record from the recording to the pressing.

The manufacturing of the vinyl record itself is quite traditional, but I make all my production in Japan (with the last record factory in Japan!). The quality is just amazing and it’s very important for me to produce Japanese music completely made in Japan. Also we have developed services like ‘half-speed cutting’ and analog sound treatments, so we can really create HQ audiophile vinyl records. We also created the brand “AMV Records” for our records, for when they stylistically do not fit to Alegori’s label selection.

6. You mainly aim at an overseas audience. How do you feel about the state of Japanese music worldwide?

I would say it’s complex. It depends on the style and the amount of effort of people are willing put into music discovery etc.

When I talk about Japanese bands with Europeans, I’ve heard many times “it’s not really Japanese, there’s nothing weird and there’s no octopus in the movie clip”.

It’s normal to say that the geographical distance creates a cultural distance, but the stereotypes can have a great effect. But it can work the other way, a lot of Japanese people still imagine French people playing accordion with a beret under an Eiffel tower in black and white! haha
But I would definitely say there’s also a lot of passion and interest from overseas audiences expecting to discover new treasures in Japanese music.

7. What is your vision for the future of Studio Alegori?

I want to create and produce more. My head is full of projects and I wish I can do at least half of them! haha
Since I was a child, I was deeply passionate from Andy Warhol’s La Factory, and the UFO Club I’d discovered in Pink Floyd’s movie “London 66-67”.
I know it’s huge but this was a dream I will continue to believe in. Mixing visual arts and music, artist and creators, everyone inside a same world.

8. Can you tell us who you are eyeing up to press on vinyl next or is it a secret?

It’s not really a secret, but I don’t like to talk about things that are not released yet. I’m too much superstitious! haha

9. To end on a fun question, who do you think are the top 5 of your current favourite Japanese music artists?

Mmm there’s so many! I would say DAOKO and her sexy electro-pop, the crazy rap of DOTAMA, the hard-to-define psychedelic music of OOIOO.. I have also a crush for the folk guitar of the young Ayano Kaneko. She reminds me so much the American folk singers of the 60s. I would like to organize a Woodstock just for her! haha

Last week I also met a small band called ‘Jaded in Tokyo’ at Heaven’s in Sangenjaya. I was very surprised, they have a kind of magic mix of Jim Morrison charisma and the deep sound of Les Rallizes Dénudés (70’s Japanese band, sometimes called the “Japanese Velvet Underground”) with a bit of metal-psyche.
The Tokyo scene is so prolific, it’s such a great delight for me to just wander around the city and discover new bands!

Togawakaidan on LP is available now. The pressing features the following:

You can order it on the Alegori bandcamp now.

Arama! Japan would once again like to thank Phil for lending us his time to give this unique insider perspective. We wish him and his company all the best in the future, and will be excited to see what they press to vinyl next!