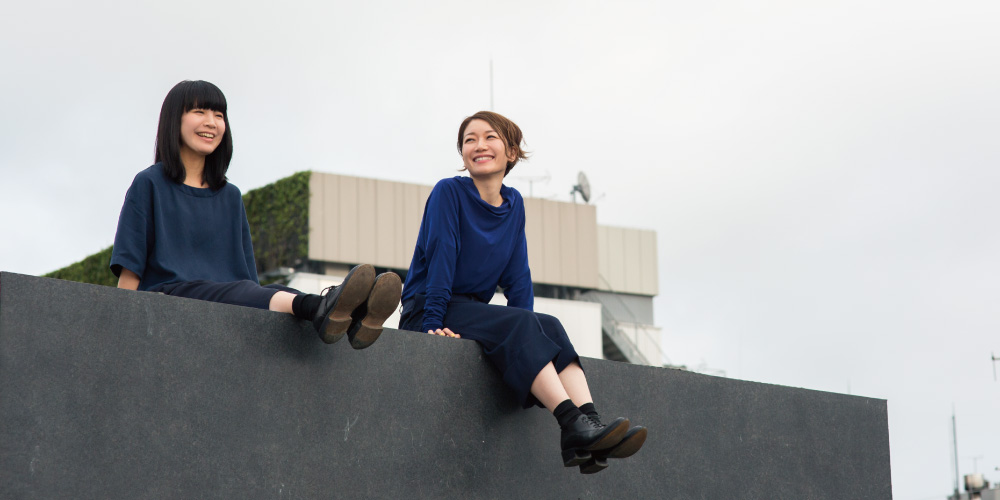 For the month of October, the featured artist will be a rock band which is barely known on the western world: Chatmonchy! This band is a rock duo (previously trio) formed by Eriko and Akko. Them two together make an outstanding pair able to touch the strings of the heart of most listeners with their amazing rock tracks full of emotions. If you have ever felt nostalgia for some old-school rock, Chatmonchy will surely fill that gap in your ears.

Chatmonchy (which is just a made up name that doesn’t have any actual meaning) is formed by vocalist and guitarist Hashimoto Eriko and bassist and chorist Fukuoka Akiko (usually referred as Akko), though the band began as a trio with drummer and second chorist Takahashi Kumiko who wouldn’t leave the band until 2011. The band was formed by Eriko back in 2000, when she was in high school. Her original companions left when they all three graduated and then she began to search for new members, recruiting Akko (who was her classmate) in 2002 and Kumiko in 2004. Once the trio was complete, they participated in a band battle in their hometown Tokushima (capital of the Tokushima Prefecture) and won it, encouraging them to create their first mini-album “Chatmonchy ni Naretai” (“We wanna be Chatmonchy”), which was produced, recorded and distributed all by themselves, selling the 1500 copies they planned. One year later, they released their major label debut mini-album “Chatmonchy has come” under Sony Music Entertainment subsidiary label Ki/oon Records, reaching #45 on the Oricon charts. Indeed, they became Chatmonchy, and they had come. 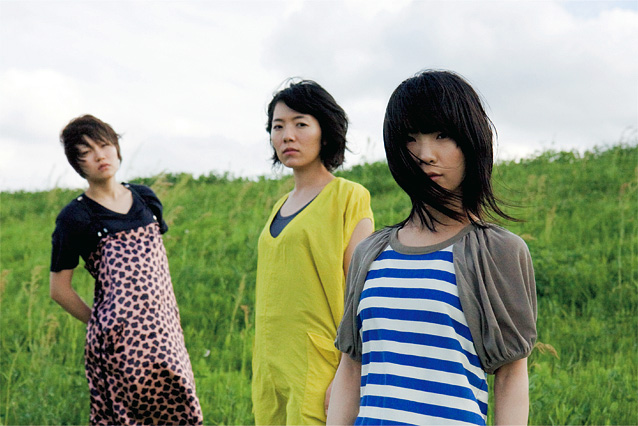 From then on, Chatmonchy released six albums, one mini-album, one best album and ten singles with moderate to great success, being their most successful release to date their second album “Seimeiryoku”, which currently is their longest charting album at 33 weeks, getting #1 on its first day and #2 on its first week on Oricon, just below Backstreet Boys’ “Unbreakable”. This album featured the decently famous single “Daidai”, known for being the 12th ending theme for the famous anime series “Bleach”. That wasn’t their only contribution to the world of anime OSTs, as their also featured on the same album single “Shangri-La” was the ending theme song for “Hataraki Man” anime and “Awa Come” leading track “Koko Dake no Hanashi” was used as opening for “Kuragahime”. Later they would also be featured as a duo on “Thermae Romae” mini-anime ending theme with their song “Thermae Roman” from “Henshin”. 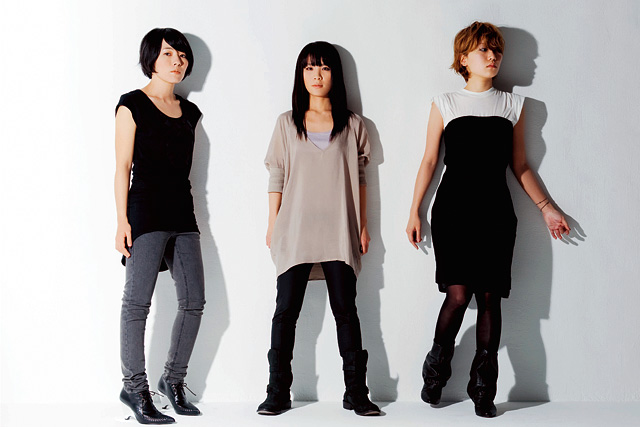 The band kept playing together until the day of 29 September 2011, in which the drummer Takahashi Kumiko announced she was leaving the band in friendly terms. Her reasons were that she just couldn’t stay in the group as she didn’t feel the same love she once felt for her work and most importantly, how that implied that she wasn’t able to write and compose new songs along Eriko and Akko. After discussing it and rethinking it various times during the tour in which these doubts dawned on her, she concluded that she wouldn’t be able to keep her activities as drummer without being able to dedicate to it wholeheartedly, so she left the band soon after a couple of already arranged gigs in some festivals. Since then, Kumiko started a new chapter in her life dedicated to “weaving words together” as she literally expressed, being a writer, lyricist and even poetess, one path she has walked since then and still walks. From then on, Akko started to additionaly play the battery, though they also began to recur to backing band members most of the time. 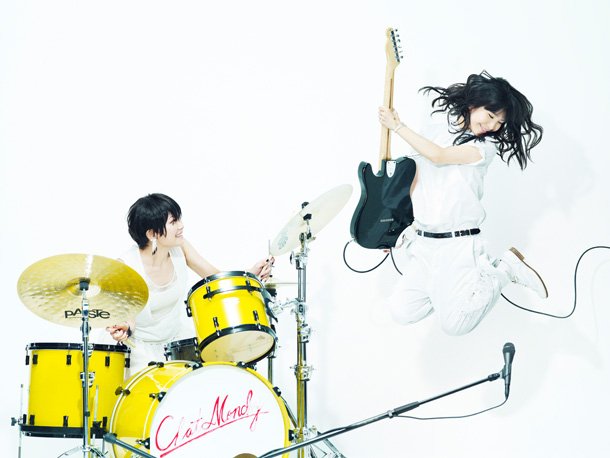 During the following year the now duo Chatmonchy published then their second best album, “chatmonchy BEST ~2005-2011~”, featuring every single and hit song from their previous albums, serving as a final farewell to Kumiko. They also steadily released five singles, a process that concluded with the release of their first album as a rock duo, “Henshin”. During this time their ability to maintain the strength they had as a trio was sometimes questioned, but were they two able? Short answer is yes. Long answer would be that while Akko and Erika could cope with the absence of Kumiko, and even though it wasn’t a change that defined them anew, something had changed. Fortunately, that didn’t imply it was for the worse. It was a transformation into a slightly different flavour: while the core and soul of their sound was kept, Henshin presented a less energetic take on Chatmonchy, sometimes offering a reflexive, carefree feeling, and most importantly, taking the freedom to delve into some new formulas. 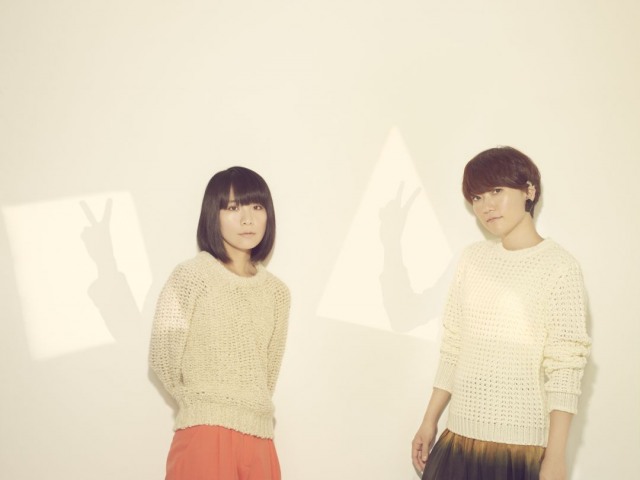 After this release, the band entered into an unofficial hiatus which prolongued as the vocalist Eriko married rock band Tacica’s vocalist and guitarist Shoichi Igari in May 2013 and gave birth to her son in October. It wasn’t until October 2014 when they released the new single “Kokoro to Atama / Itachi Gokko”, which preceded their second album as a duo, “Kyoumei”, releasing in May 2015, relying on quite a prominent electronic sound. These new computerized sounds were handled by supporting members of the band, though last month it was announced that both Eriko and Akko themselves were going to introduce and use digital instruments in their performances, jokingly referring to this “new Chatmonchy” as “Mechatmonchy”. What will this new transformation bring to the table? Time will tell! 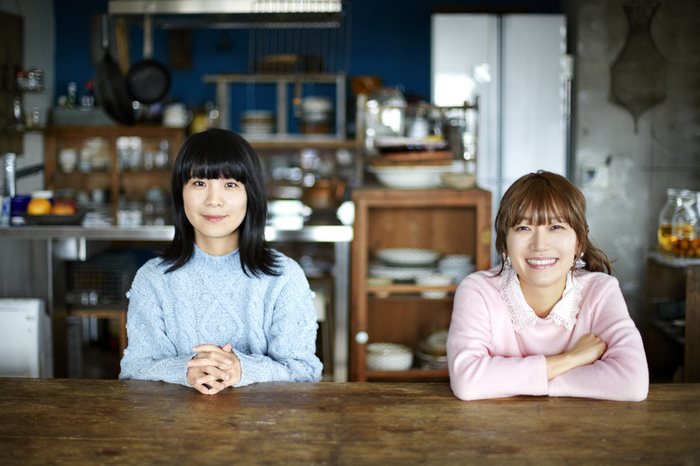 WHAT IS SO SPECIAL ABOUT THEM?

Chatmonchy signature sound consists of a mixture between an old-school rock sound and Eriko’s high voice tone, a combination that works amazingly well for both their slower, softer songs and also their most powerful and upbeats tracks. Another special feature this band has is their excellent live performances: their energy flows unbounded during their concerts and their tracks deepen in quality to the point of sometimes surpassing their recorded versions, making you wish you were in the public (something even more painful now that it’s imposible to assist to a concert in which them three play). Lastly, it seems a whole new world of possibilities lie ahead of their careers thanks to digital instruments, so it will surely be interesting how these old-school rockers use these tools, luckily even bringing something entirely new to the table. 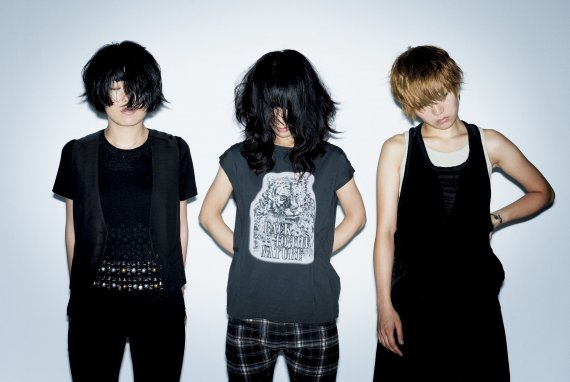 An eleven years long discography can surely be difficult to approach, so I will briefly describe two groups of albums and their strong points so you can choose whatever fits your tastes best! Even though I believe these picks are be the best starting points for any new listener, you are of course able to start from wherever you want!

Seimeiryoku and Kokuhaku are two albums that represent for some fans the heyday of the band, so if you want to get their top-notch tracks here and now, let’s get in here!

Seimeiryoku might be my personal favourite album, maybe slightly biased as it was the one with which I discovered Chatmonchy, but as previously mentioned, Seimeiryoku could easily be classified as their stronger album. This CD is probably the best introduction to the band as it features most of their styles: energetic classical rock tunes, bitter and sad though strong songs and melancholic lyrics amongst other bittersweet and amazingly strong characteristics. A complete CD perfectly described by its title: Vitality, Life Force. Also, while not being necessarily my favourite, I think the best introductory song for Chatmonchy would be this album’s Track 1, “Oya Shirazu” (extremely fitting for being the Track 1 of their “introductory” album, isn’t it?) in which something as mundane as the wisdom teeth is used to portrait the cold relationship between a girl and her family. Keep an eye also on Sekai ga Owaru Yoru ni and Bus Romance, even though every track really deserves full recognition. If you like this album, check out also their previous one, “Miminari”, as the overall sound of both of them are almost identical with the only difference being that Seimeiryoku was a better executed CD, so you most certainly enjoy it too! Kokuhaku on the other hand adds small amounts of pop to the formula, creating an album as strong and unique as their previous one but much catchier than before, though the rock still has the upper hand in both presence and importance.

If you are interested in what they are now and listen to the tales of their beginnings later into the show, Henshin and Kyoumei are definitely your albums.

Henshin (Transformation) is another self-describing album. It was the first album Chatmonchy released as a rock duo, and their sound here featured more strength on the electric guitars. Chatmonchy’s quality is still high as always, so no worries about being disappointed by this album. If you want some slow, smooth and reflective rock without leaving aside the harder side of it, go for it! I’d especially recommend Henshin, Thermae Roman and Aruku Object. For Kyoumei, the band had no problem in recognising that this album was product of the search of a new sound. This CD takes the “new” characteristics from Henshin and puts even more emphasis on them, exploring a wider range of instruments and sounds than any of their previous releases, with a noticeable use of synths and electronic resources. Sadly and unlike Henshin, it could be argued that some of their previous sound was truly lost for the worse here. Nevertheless there are truly great tracks and overall it’s a nice album, so if creative electronic tunes are your thing, give it a try!

CHECK OUT THEIR UPCOMING RELEASES:

After a quite silent year, the duo is coming back with a double A-Side single called “majority blues / Kienai Hoshi” on November 30th, featuring “Tomaran” as B-Side. majority blues has already been released as digital single, while Kienai Hoshi will be the theme song for the film “Azumi Haruko wa Yukue Fumei”, and Tomaran was used as coupling song for the Tokushima Marathon. Surprisingly, Tomaran has been a throwback to their previous eras, being really reminiscent of the times when they were a trio, so if you don’t especially like their new sound, this single will probably be meant for you!

WHERE CAN I FIND THEM?

Were you already a follower of this amazing band? Or you just found them out? Tell us your opinions about the article and the band in the comments below! Thanks for reading and see you in the next Featured Artist section next month! 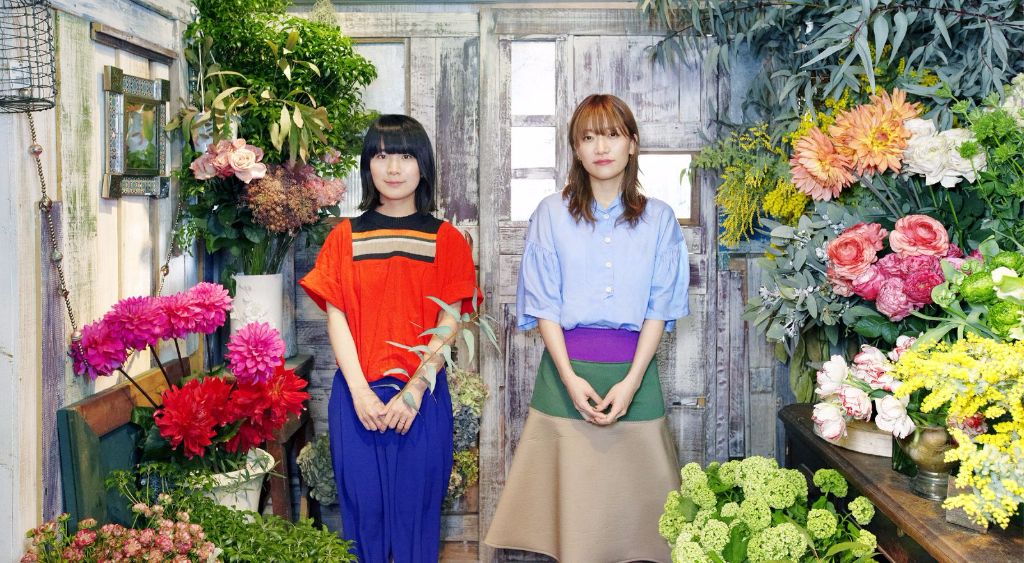